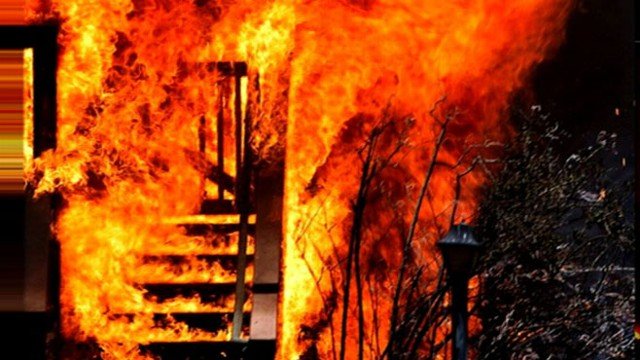 Decisions, decisions. About halfway through the year’s a good time to make them, and many were laid out judicially (although to some thinking, not judiciously), politically, competitively, and romantically. Some decisions though are beyond that of man and instead are up entirely to Mother Nature: Disastrous floods, roiling heat, vicious winds, and heart-stopping wildfires afflicted many parts of the United States. Below, the judgment calls and seeming Judgment Days that preoccupied the online world in June.

A month of decisions
Politics: Democracy in action is always a good thing, in principle, but pessimism shadowed the elections of Egypt (what, these choices?) and Greece (don’t drag us down). In the United States, a far smaller but notable recall election left Wisconsin governor Scott Wilson still holding onto his seat. Other election wins included Ron Barber for Gabrielle Giffords’ Arizona seat, Orrin Hatch keeping his Utah one. Another political move: Eric Holder became the first U.S. attorney general to be held in contempt of Congress, over Operation Fast and Furious.  Crime: A jury found Jerry Sandusky guilty of 45 counts of sex abuse; the Penn State assistant coach may appeal but more revelations have emerged about cover-ups. In a very different high-profile case, a Florida coroner figured only marijuana—not bath salts—was in Rudy Eugene’s system when he chewed on the face of Ronald Poppo (who is doing well and receiving donations to help his recovery). Courts: The Supreme Court cleared out its outbox with decisions about foul words on television (let them fly), life sentences for minors (can’t be mandatory), Arizona’s immigration policy (upholding federal supremacy on illegal immigration but keeping “show your papers” provision), a Montana ban on corporate political money (struck down, thereby upholding the controversial Citizens United ruling for states), and upholding the Health Care Reform Act of 2010. Sports: The Miami Heat beat the Oklahoma Thunder in the NBA playoffs. Roger Clemens ended his long perjury case with a not guilty verdict. Olympic trials narrowed down contenders, but one highlight revolved around an indecisive moment: photo-finish dead heat in track and field. News: Ann Curry became the fall guy in the morning show wars, as she was forced to exit NBC’s “Today Show.” The public mess had TV observers scratching heads and some partly blaming co-host Matt Lauer (who has had other partner issues). Ratings will tell. Celebrity: Tom Cruise and Katie Holmes lasted five years, but the wife filed for divorce allegedly over concerns of committing Suri to Scientology.

Scorchers: wildfires, heat waves and floods
Forecasters had warned in 2011 — a year beset by meteorological extremes — that 2012 would have its own extremes as well. Tropical Debby soaked Florida, although not nearly to the degree that Minnesota has been flooded (pushing its governor to ask for $108 million in federal aid). A heat wave steamed the East Coast and South, and windstorms didn’t bring relief but instead tore through power lines and hit Virginia especially hard. Both wind and heat made for tinder conditions for wildfires in Utah, Montana, New Mexico, and Arizona; Multiple blazes in Colorado scorched acres, with Waldo Canyon’s conflagration its worst wildfire in recorded history, taking firefighting resources from other states (such as Utah and Arizona), and driving more than 30,000 from their homes and into uncertainty; by June’s end, the Waldo Canyon fire was only 25 percent contained, the best numbers yets. Another notable bit of good news: Social media and improved mapping have helped in efforts to inform residents and track the fiery spread

Affordable Health Care Act: Act II
The Supreme Court toyed with the public in June, as it released one (admittedly fascinating) decision after another, but saved the Affordable Care Act for the last Thursday in June. After some initial media confusion, the gist was this: The court upheld the act, nicknamed Obamacare, and invoked the T-word (tax). Nevertheless, the ruling meant victory for the White House, and refired the opposition from Mitt Romney to Tea Party members. Online, people tried to figure out the act’s relevance (“how much will obamacare cost me” was a typical Yahoo! search), while a tiny minority directed fury at a turncoat Chief Justice John Roberts (“john roberts is a traitor”) and even revived conspiracy theories (“obama suspending elections 2012”) and questions about Canada’s health care system, reportedly because of a mistaken notion that going north would mean escaping the individual mandate. Canada of course has a publicly funded system and, as one Tweet put it, “Saying you’re moving to Canada cause you’re upset about Obamacare is like saying you’re moving to Hogwarts because you’re upset about magic.”