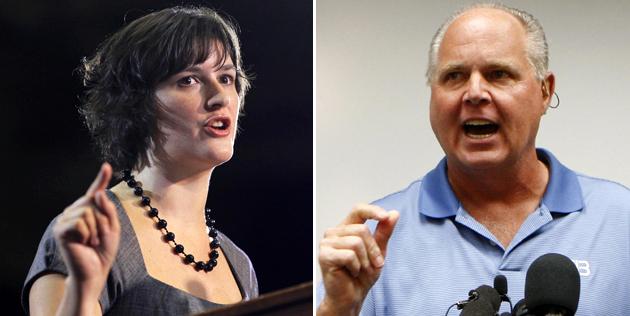 In 2012, women put up a good fight to defend their interests, even as others fought for their favor. Here are the year’s top female fights, as measured by search volume and percentage spikes compared with 2011 on Yahoo!.

The biggest contraceptive controversy emerged in the friction over the proposed Blunt amendment to the Affordable Care Act. A Feb. 16 House committee hearing, to consider whether religious freedom trumps contraception coverage, deemed Georgetown third-year law student Sandra Fluke as an “unqualified” witness, leaving only men to testify at the first panel. House Minority Leader Nancy Pelosi, D-Calif., countered with an unofficial hearing on women’s health solely featuring Fluke, who spoke about a gay female friend who couldn’t afford birth control pills to control a cyst and ended up in the emergency room to remove her ovaries.

The story might have been just so much Beltway bickering, until radio host Rush Limbaugh declared that Fluke was “a slut … a prostitute. She wants to be paid to have sex” and that all “feminazis” should post sex videos online in exchange for taxpayer-subsidized birth control. Amid the outcry, sponsors tweeted they’d boycott Limbaugh’s program, and conservative bloggers attacked the student for what they called her sense of entitlement. Limbaugh soon apologized for “insulting word choices,” but the departure of sponsors (and even musicians) continued. Radio networks attributed losses ($4 million) and a Nasdaq delisting to the boycotts. Fluke joined the Democratic National Convention’s lineup and continues to be flogged by the conservative bloggerati.