SPORTS: How to get away with watching March Madness in the office 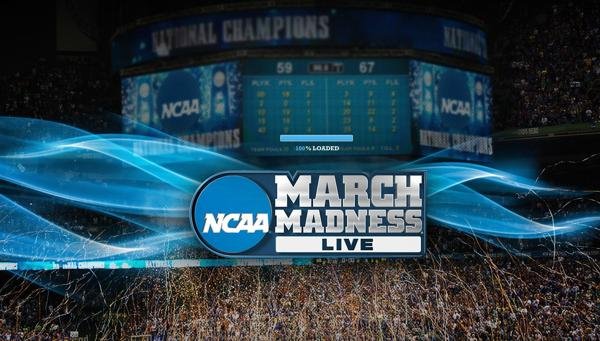 Sure, your workplace will let you do an NCAA tournament office pool. Allow a little bit of smack talk about Notre Dame’s leprechaun camouflage uniforms. Maybe some gung-ho boss will go as far as corralling saggy-bottomed minions to a game of after-hour hoops, in the misguided spirit of a team-bonding-cum-CPR-training exercise. But watch March Madness during business hours? Not unless you fill out your application for the local Dairy Queen at the same time.

Then again, we’re living in 2013, the era of auto-flush toilets and military drones. Don’t tell me you can’t sneak in some NCAA action without getting caught. The easiest way of course is to charge up the battery the night before, slip the phone somewhere inconspicuous, and work on stifling whoops of delight as you stream NCAA.com/march-madness-live from Yahoo! Sports. (Don’t forget your cable log-in.)

What if even this avenue is closed off to you? Some suggestions on counterintelligence hoops surveillance in:

The Boss Button. An old gag with a new interface: NCAA.com‘s Boss Button swaps you from the game a faux email account. Of course, maybe it’s not so helpful that the email is all about March Madness. Excerpt: “I’m closing my office door. I’m cancelling all meetings. Today … it’s just me, March Madness Live … and Golden Boy! Remember, it’s not slacking if you don’t get caught!)” But if your boss is reading your emails over your shoulder, you’re already in a sad kind of place. 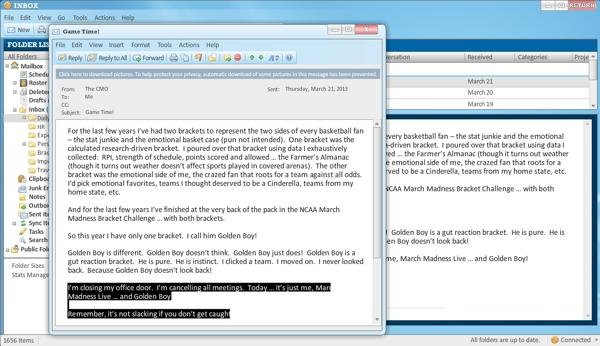 Hop the firewall. What kind of dastardly company goes to that level of blocking a game? Hotspot Shield, designed to protect your WiFi privacy, gives you a free VPN to set up what Mashable describes as a “virtual private network between your own machine and its own Internet gateway. In short, it lets you circumvent that office firewall to stream online video.” Even your IP address gets masked. It’s been tested under NCAA fire: The company reported a 710 percent traffic surge to NCAA.com and CBSSports.com during last year’s tournament. 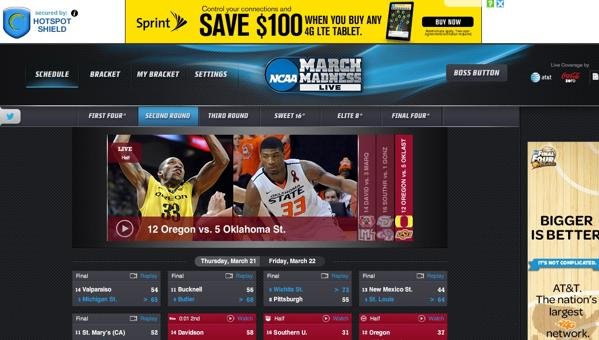 Resort to statistics. Have you tried reason? Cite the Wall Street Journal, which points out that, in a survey of 1,000 senior managers, 1 out of 5 thought March Madness improved employee morale. Only 4 percent thought the tournament was negative, and those managers are probably sociopaths anyway and you might as well find a new job. And maybe a new home address while you’re at it.

Get Sirius. The golden age of radio never died. PCMag points out that SiriusXM carries every game on various channels. Sneak out to your car during breaks or volunteer for menial errands that require wheels, like taking your boss’ cat to get neutered.

Befriend with haters. Let’s say you live in an enlightened environment and you can stream away, but you don’t have cable, so your streaming period is limited to a four-hour grace period. Switch devices, FanIQ recommends: You’ll get four hours on your home computer, another four on your office computer, and another four on your smartphone. You won’t, however, be able to go from an iPad to an iPhone or from one Android device to another. If that isn’t enough, that’s when you borrow devices from Aunt Giselle, who doesn’t give a flying hoot about March Madness. Barter well, or you may find yourself ferrying her to bingo nights and competition crackle-painting into the foreseeable future.