How do you measure obsession?

At Yahoo, we look at concepts that not only had big search averages, but accelerated fast up the search charts. In lists pasts, obsessions have revolved around contentious figures (Tiger Mom), infectious dances (Gangnam style), coveted gadgets (iPhone), economic demands (mortgage rates) and the weirdly inexplicable (planking).

[Related: Scroll through the 2013 Obsessions slideshow] 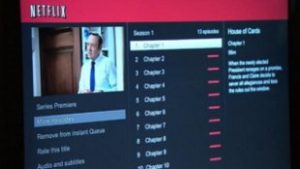 So the way 2013 was starting, the Harlem shake looked like it would go the way of the macarena and Gangnam style. Then Miley Cyrus’ twerk seen ’round the world put her MTV Awards gyrations up there with Elvis Presley’s swivel on the Ed Sullivan Show — at least in fomenting outrage and debate. Unlike other obsessions, nobody actually wanted to thrash around like the former “Hannah Montana” star, but a meme and twerk fails were born. Cyrus, who may have been responsible for the record-high search surge for “whooty,” ignited a debate about white culture co-opting “hood” music and child stars fast-tracking into hypersexualized womanhood.

Speaking of hypersexuality, readers of the “Fifty Shades” trilogy — which made Yahoo’s 2012 Obsessions list — took the news that the bondage romance was cinema-bound with lustful enthusiasm: Virtual casting fantasies honed in on celebs like Matt Bomer and Ian Somerhalder as millionaire Christian Grey. Charlie Hunnam resisted then accepted the role but bailed out before he ever got to the Red Room of Pain. Jamie Dornan ended up opposite Dakota Johnson, but the movie was delayed anyway for a Valentine 2015 release.

The fixation though was more on the small screen. Fragmentation may have choked off the massive audience of yore, but time-shifting and binge watching created a lot of demand for addictive episodic storytelling, which may be in its golden age. In 2013, shows like “House of Cards,” “Orange is the New Black” and “Downton Abbey” thrilled audiences, but you could smell the bloodlust for zombies (“Walking Dead”), meth dealers (“Breaking Bad”), and duck-whistle blowers (“Duck Dynasty”), all of which broke record cable ratings.

[Related: Burning Question: How Did ‘Duck Dynasty’ Become Such a Huge Hit?] 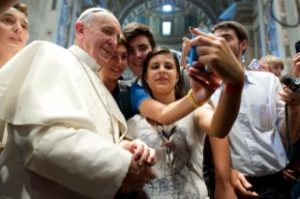 FILE – In this file photo Wednesday, Aug. 28, 2013 Pope Francis has his picture taken inside St. Peter’s Basilica …Selfie-destruction
The iPhone has made the obsession list twice, but the fascination this year was less about getting a magical device and more about using a smartphone to share self-portraits — even ones that self-destructed in 10 seconds. Celebrities notably broke from their image handlers to capture and share their own identity. Not that every selfie’s a good selfie — for every endearing pic of the pope hanging with his flock, there’s a Carlos Danger crotch shot lurking in the shadows.

Permanence though is for old people. Mobile app Snapchat didn’t just fire up teens for its “Mission Impossible”-style self-destructing messaging with no smoky aftereffects. The leave-no-trace intimacy among friends let them tweak the limits of naughtiness — although the regular cycle ofSnapchat sexting scandals shows there’s always a way to thwart any technology.

More old-fashioned is Bitstrips, the app that lets people make their lives into a comic strip. But backlash operates on an ever faster cycle: Within days of the Canada-based company’s cartoon scenarios filling up Facebook and Twitter feeds, blogs were already outlining step-by-step instructions on how to block them.

[Related: What does “Anchorman” Ron Burgundy say about the year’s top searches on Yahoo?] 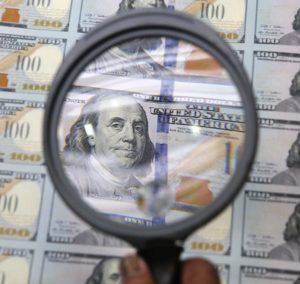 (LM Otero/AP Photo)Love me some tender
Cash always holds a strong lure, and the new wad of $100 bills attracted steady looky-loos. How many were actually counterfeiters studying up, who knows, but numismatic groupies could admire the 3-D security ribbon, nubby texture and shape-shifting liberty bells.

The release of new bills also surfaced up some fascinating insight into the flow of money: The $100 bill finds more use overseas than in American wallets, North Koreans excel at creating so-called supernotes ($100 fakes), andcasinos spent five years getting ready to swallow up the redesigned C-notes into their slot machines. The story that searchers really treasured: hidden messages in the bill.

Fad deemed too much of a distractionMaking like a rubberbandit 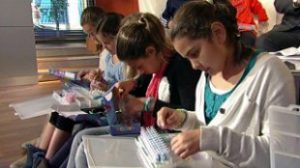 For every bawdy or self-obsessed craze, there’s always a refreshingly wholesome mania afoot. Remember the Silly Bandz craze? Rainbow Loom, invented by a Nissan crash-test engineer who wanted to bond with his daughters, takes the rubberband into new DIY heights. Cheong-Choon Ng used to weave jump ropes from rubber bands in his home country of Malaysia, but his fingers weren’t as nimble as they used to be. His pegboard-inspired creation, which his daughters encouraged him to market, is among the country’s best-selling toys.

Instructional YouTube videos helped train legions of tweens, male and female, to craft bracelets and other jewelry for fundraisers or just for fun. And the decidedly no-tech Rainbow Loom cost under $20 Next potential “loom”-ing project: maps.