The report that teen pregnancy is an all-time low in America comes out at a time when birth control has re-emerged as a political issue. Since January alone, the Susan G. Komen flap, Rush Limbaugh’s “slut” controversy, a birth control pill recall, and health care reform have all kept contraception in the headlines. The past week alone saw religious leaders speak out against the health-care coverage of contraception and the exit of Rick Santorum, whose “presence in the race pushed to the fore polarizing social issues, such as abortion, access to birth control and gays in the military” (AP).

With the GOP presidential hopeful out, the focus on contraception might shift during the rest of the election campaign season, although arguments over contraceptive policies in healthcare reform will still keep it in the mix. Below, a look at the teen pregnancy report and contraception controversies.

The numbers on teen pregnancy: Contraception for teens is always a divisive issue, but the Center for Disease Control’s report offered good news for both sides: After a 2006 blip, the numbers of pregnant teens have dropped to their lowest numbers. In 2010 (the latest available data), the live birth rate was 34.3 per 1,000 teens (ages 15-19), about 9% less than the previous year.

The CDC did fund a 5-year agreement with national and local organizations focusing on teen pregnancy and sexual diseases, and several partnering states have shown declines. Teens have also been delaying sex, and those who do tend to use contraception.

The numbers are just an average, of course. Mississippi has the highest teen pregnancy rate, more than 60% above the U.S. average. They’re also up in West Virginia, a state where a regional health department director points out doesn’t require “comprehensive sex education in schools” and where a quarter of teen moms go on welfare within three years of childbirth. 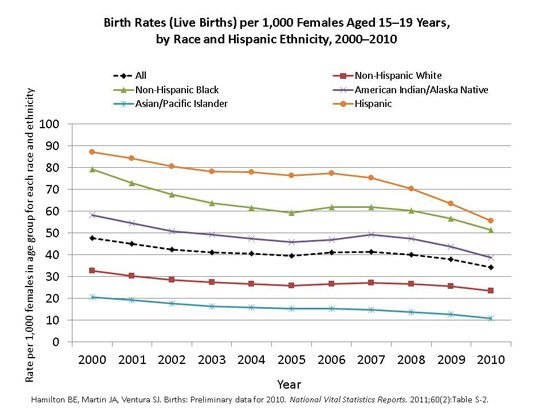 In general, the U.S. still has the highest rates of teen pregnancy and STD among developed nations. American teen pregnancy costs $11 billion annually to taxpayers due to costs in health care, foster care, higher incarceration rates (among children of teens), and lost tax revenue due to lost educational and job opportunities. 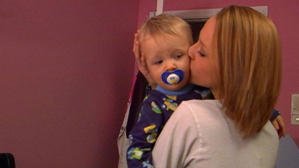 “16 and Pregnant,” “Teen Mom” — the best contraception? Are reality shows or programs like “The Secret Life of The American Teenager” scaring teens sexless? Institutes like the National Campaign to Prevent Teen and Unplanned Pregnancy believe so. “We don’t know that,” explains Jane Brown, a professor of journalism and mass communication at the University of North Carolina Chapel Hill, to Yahoo!.

What is clear, she says, is that sex in the media was glamorized, and showed “very few negative physical consequences. We never see sexually transmitted diseases and we never saw contraceptives in the media.” She points to a 2008 Rand study that found adolescents who watch a lot of sexually-explicit TV ” are twice as likely to be involved in a pregnancy over the following three years” than their peers. It’s not causal, but Brown says sexually curious adolescents seek out media for a “sexual script.” Shows like “Teen Mom” and “16 and Pregnant” show the sobering consequences of sexual encounters. 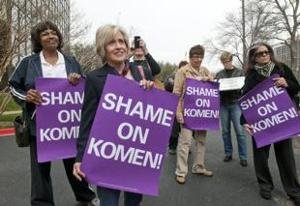 Komen controversy fallout continues: The brand health of the Susan G. Komen for the Cure Breast Cancer Foundation continues to ail: Signups for the 2012 Race for the Cure have radically dropped in Indiana, Arizona, Texas and Idaho, and fundraising has seen a similar freefall, as much as 40 percent. The backlash stems from its January decision to stop funding breast exams and mammograms at Planned Parenthood, which it had done for three years. The foundation said funding would stop per a new rule over supporting organizations under investigation. An uproar resulted in a surge of donations to Planned Parenthood, social-media campaigns and internal resignations. A reversal came four days later and another resignation, that of vice president Karen Handel, the “driving force” behind the decision.

Health care reform and the Catholic question: Birth control surged back into the political discourse after religious organizations objected to being required to cover contraception coverage to its employees. An Obama compromise on Feb. 10 didn’t quiet the conversation. A double-barrelled attack came on the Sunday talk shows: Cardinal Timothy Dolan, the New York archbishop, appeared on “Face the Nation” to condemn policy and declared the “government is intruding into the life of faith.” Saddleback Church pastor and best-selling author Rick Warren appeared on ABC’s “This Week” to say he was in favor of contraceptives, but the issue was religious freedom.

Now people are starting to frame this as women’s health issue. I’m 100 percent in favor of women’s health, obviously. But the issue here is not about women’s health. There is a greater principle, and that is do you have a right to decide what your faith practices? I would be just as opposed to someone making a law that says every Jewish deli now has to serve pork. Well, I would be – I would protest that. Why? There are 100 other delis you can get pork at. Why do I have to insist that the Jewish delis also serve pork? There’s plenty of places to get contraceptives. (April 8, ABC News)

Poll numbers among Catholics show the edge is towards providing the insurance. 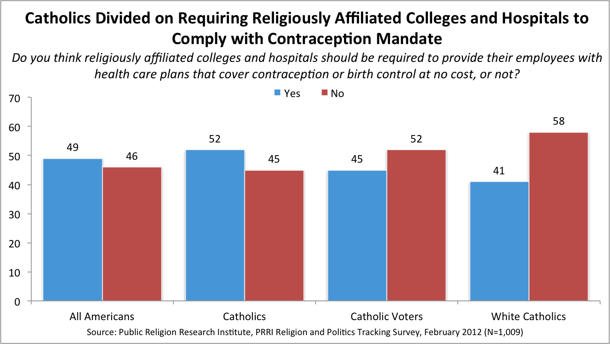 Roughly 6-in-10 Catholics (58%) believe that employers should be required to provide their employees with health care plans that cover contraception. Among Catholic voters, support for this requirement is slightly lower at 52%. Only half (50%) of white Catholics support this requirement, compared to 47% who oppose it. (Feb. 6, Public Religion Research Institute poll)

A women’s issue, the female vote: Whether or not contraception is a female issue, gender issues became involved when radio personality Rush Limbaugh called Georgetown University law student Sandra Fluke a “slut” and a “prostitute” after she advocated health-care coverage of birth control before Congress. His apology didn’t quite stem the flow of departing advertisers, which reportedly number around 100, including the latest, Kohler. A popular Philadelphia radio station recently dropped him from its line-up, although “slutgate” wasn’t cited as a reason. Ironically, Limbaugh had joked about birth control moms voting bloc.

n the Feb. 22 GOP debate, a question about the candidates’ views on birth control received boos, but stances against prenatal testing and off-hand comments like aspirin-between-knees have alienated centrist female voters.

“Everybody is so busy telling us how we should act in the bedroom, they’re letting the country fall through the cracks,” said Fran Kelley, a retired public school worker in Seattle who voted for Senator John McCain over Mr. Obama in the 2008 election. Of the Republican candidates this year, she added, “They’re nothing but hatemongers trying to control everyone, saying, ‘Live as I live.’ ” She continued, “If Republicans would stop all this ridiculous talk about contraception, I’d consider voting in November.” (March 10, NYT) 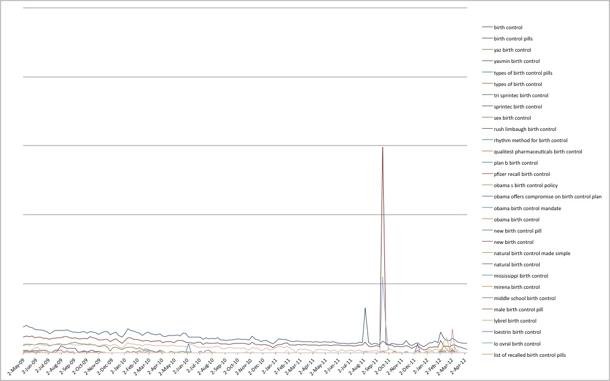