A Fond Farewell to the Bloodsport of ‘What Not to Wear’ 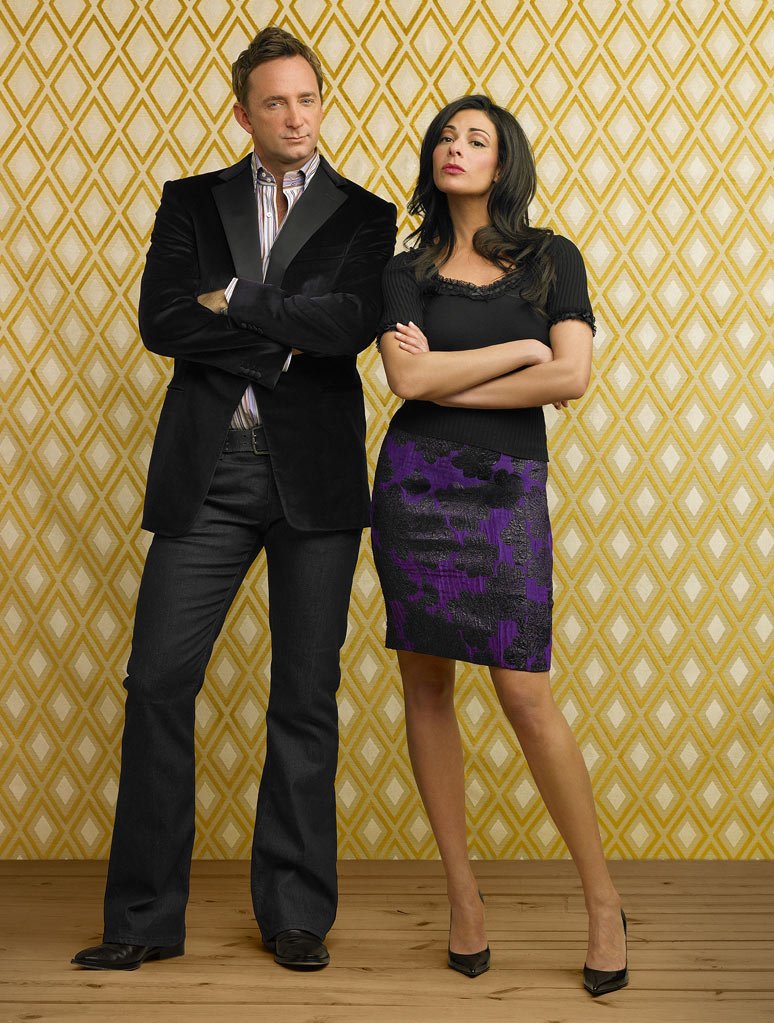 Clinton Kelly and Stacy London on “What Not To Wear.”

Hopeless, even defiant about fashion? Your last salvation ends this summer.

After 10 seasons of advising women (and some men) about the social stigma of light-wash jeans and the saving grace of a well-cut jacket, “What Not to Wear” closes its 360-degree mirrors. The final season returns Friday, August 9.

The show, which carried notes of “Queer Eye for the Straight Guy” and “Scared Straight,” debuted in 2003 on TLC. It didn’t just survive the transition from wholesome, scrappy, DIY programs like “Trading Spaces” and “Junkyard Wars” to fertility freak shows like “Jon & Kate Plus 8” and “17 [then 18, then 19] Kids and Counting.” TLC’s longest-running series steadily amassed more than a million viewers each episode, including its experimental “live” shows or celebrity specials. (’80s icon Tiffany has body issues! “American Pie” hottie Shannon Elizabeth’s a whiner!)

The Deliciously Cruel Home Schooling of “What Not to Wear”
The home course “What Not to Wear” borrowed from the closet of the BBC original. For those unfamiliar with the premise of this American version, it was a Pygmalion boot camp without the accent training: Friends and family nominated a terrible dresser who was secretly taped for two weeks. Hosts Stacy London and Clinton Kelly (the Jewish princess and the gay blonde) ambushed said dresser, then forced her to view this recording with the above-mentioned plotters, exposed as gleeful vipers in her bosom. The dresser’s chance for rehabilitation: a $5,000 shopping spree in New York, on the condition that most or all of the offending wardrobe be surrendered.

Get an exclusive sneak peek at this week’s “What Not to Wear” season premiere right here:

As in all Cinderella stories, there must be elements of delicious cruelty. The dresser stepped into a small space surrounded by mirrors three different times, in three different hideous outfits, and had to justify each one. Each time the funhouse of mirrors opened up, the hosts entered with horrified expressions and lambasted the woman for her dereliction of fashion duties. The hosts also sorted through each article of the woman’s wardrobe, making catty (and often dead-on) remarks.

Often the most intense Greek drama was in the hairstylist’s chair. This was the last stand for many, whose hair was shield, security blanket, curtain, symbol, a link to one’s youthful past — anything but what it truly was: a renewable resource that thinned and grayed. 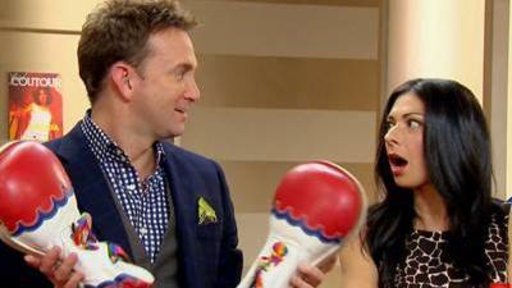 The Bloodsport of Before-and-After
How could “What Not to Wear” triumph for so long in 21st-century America? Surely women hadn’t freed themselves from the corset of oppression, only to be judged solely by appearance? Aside from the childhood affection for the “Cinderella” fairy tale, “What Not to Wear” appealed to a sense of blood lust, like ancient Romans watching the lions go to work on those Christians — except most of the “Christians” come out more attractive and more confident.

Stronger than feminism, more powerful than outrage was the audience’s revelatory delight in watching that self-delusion — especially so when the end yields the closure of sweet self-discovery and another mullet destroyed.

[Related: ‘Baywatch’ Babe Nicole Eggert Embraces Her Curves on ‘What Not to Wear’]

The more resistant labored under the same misapprehension: that their misbegotten sense of style somehow was a sign of individuality (apparently a lot of them had the same individuality) or that a revealing 5-inch mini-skirt or a rainbow peasant skirt with plaid leggings both worked as costumes to hide them in plain sight. Yet invariably, Stacy and Clinton’s savage teardown revealed the same quaking insecure core, no matter if the fashion victim preferred tart-wear or shapeless indifference.

The hosts — plus hairdresser and makeup artist — often pried unfashionable fingers from a youth long past or opened the subject’s eyes to a future of possibilities, be it her own career rise or role-modeling for her children. The women learned the “rules” (not as conformist as it sounds) and built themselves back from the ashes, one pointy shoe and midrise, dark-wash, trouser-cut blue jean at a time. 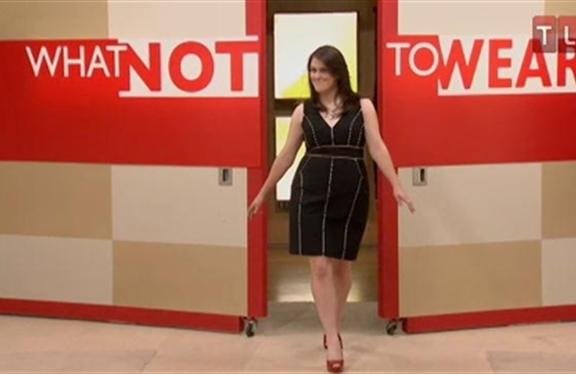 The Takeaway
What “What Not to Wear” revealed about the female Western psyche was the paradox of self-obsession that stems from low self-esteem. A woman shouldn’t be judged by her appearance, yet clothes make the woman. So, a neat and updated look actually proved that one’s entire self-esteem didn’t rest with one’s appearance.

In an interview with People, London talked about the renewed confidence that led to women being able to commit to relationships. One, “basically an emotional doormat,” felt so invigorated after her experience that she broke up with the boyfriend “who basically treated her like crap.”

[Related: ‘Family Ties’ Star Tina Yothers Embraces the ‘What Not to Wear’ Process]

The show isn’t negative or mean-bashing either. It actually made people who were great on the inside, match it on the outside. It wasn’t about making anyone feel bad, although I’m sure some feelings were hurt in the process. The overall point was to boost self esteem and also let the woman’s inner beauty shine. I loved that the show included women of all body types and from all backgrounds. (End)

[The hosts] always told the women that it wasn’t their body that was the issue it was the clothes and if you didn’t fit into clothes off the rack that is perfectly acceptable and they are not alone in having clothes not fit them right off the rack. (Funge59)

This might sound weird, but I’ve learned a lot from WNTW. For years I would cry almost every time I went into a fitting room. Clinton and Stacy taught me not to take it personally when things don’t look right — just try something else. I’ll miss this show. (Amanda F)

The rules won’t entirely disappear. London was behind “Big Brooklyn Style” on TLC, which focused on plus-size women, and writes a monthly fashion column for Shape. Kelly has been on ABC’s daytime cooking show “The Chew” since 2011 and has his own clothing line. But the audiences who tuned into TLC for a dose of reality rather than rubbernecking will have a tough time finding the same kind of tough love about how to live now.

Enjoy the best of Stacy and Clinton in this “What Not to Wear” highlight reel: