What Monteith Brought to “Glee”

“Glee” has been a ratings powerhouse, but a third-season drop-off had some fans and critics agreeing the show had apparently played itself out. One major reason was the graduation storyline of seven key characters, and so-called Gleeks — “Glee” fans — protested news that Monteith, Lea Michele, and Chris Colfer wouldn’t be returning to the show.

The three were brought back, but Murphy certainly stayed true to his word of a “heavy theme during season 3,” as post-William McKinley lives soured: The romance between quarterback Finn Hudson and glee diva Rachel Berry ended; troublemaker Puckerman was in Los Angeles scamming work; powerhouse vocals Mercedes Jones turned down a coveted record deal rather than sexualize her image; and tough girl Santana Lopez quit college to become a cage dancer in New York.

Hudson’s storyline in particular took a depressing turn. After forcing his girlfriend to claim her place at the top performance arts college, the former star player tried to understand his late father — who died of a drug overdose — by joining the army. Instead of redemption, Hudson ended up discharged within months after shooting himself in the thigh. (“I couldn’t face you seeing me as a Lima loser,” he later confessed to Berry.) Plagued by self-doubt, the character returned to high school as a vocals coach sub, kissed his mentor’s fiancee, and — in a disturbing scene — pummeled Berry’s boyfriend Brody Weston in a hotel room after Weston was revealed to be a gigolo.

His downfall seemed awkward, given the character’s own emotional trajectory. In some way, his character represented the ideal American kid, the one who defended the bullied, the leader always willing to learn. Hudson was also the innocent: He believed he accidentally impregnated his cheerleader girlfriend Quinn Fabray in an unlikely hot tub incident, but was still willing to forgive and to help when he found out the truth about her betrayal.

He spent his capital as the big man on campus to be a part of the then-ridiculed glee club. He reflected the values of a millennial generation, tolerating Kurt Hummel’s gay crush and, after some conflict, learning to accept him as stepbrother. He also sacrificed his reputation by falling in love with Rachel Berry, the low girl on the high school totem pole, and let her go when he recognized her greater potential.

It was of course Monteith’s unpolished rasp that drew adoration. His performance with co-star (and later his offscreen girlfriend) Michele, “Don’t Stop Believing,” became the show’s mantra. His favorite however was a take on the Cyndi Lauper song, “Girls Just Want To Have Fun.” “It was such a baroque kind of take on that interesting pop song,” he told Australian newspaper Coffs Coast Advocate in March 2012. “It’s such a great song it kind of stands alone. When something is stripped down to the bare bones, all that’s left is the song.”

His co-star and girlfriend Lea Michele had revealed a fully developed storyline for his character in store for the new season, including a new love interest.

Appreciating the Time He Had

Fans are always looking for the humble, level-headed celebrity. Monteith delivered on that, telling Postmedia News last March, “We’re being sold on the idea (celebrity matters). That’s what the mass-media images are telling us. And they’re selling it as reality. But it’s not real.”

Monteith received his real high school diploma from the alternative school Western Opportunity Network (now called Pacific Secondary) the same year he received his fictional one. Although he had dropped out of that one as well, he remained grateful to his teachers there, and invited one, Blair Sloane, to the set of “Glee.”

And Monteith always expressed his appreciation for the opportunities he had. “It’s a lovely reality,” he told the Vancouver Sun in 2011. “To be able to have these options and opportunities ahead of me, man, it’s a powerful thing, and I hope I can do it justice. I hope I can do as many cool things as I can.”

Police have said there has been no evidence of foul play. An autopsy is scheduled for Monday.

Below, his last known photo tweeted by friends. 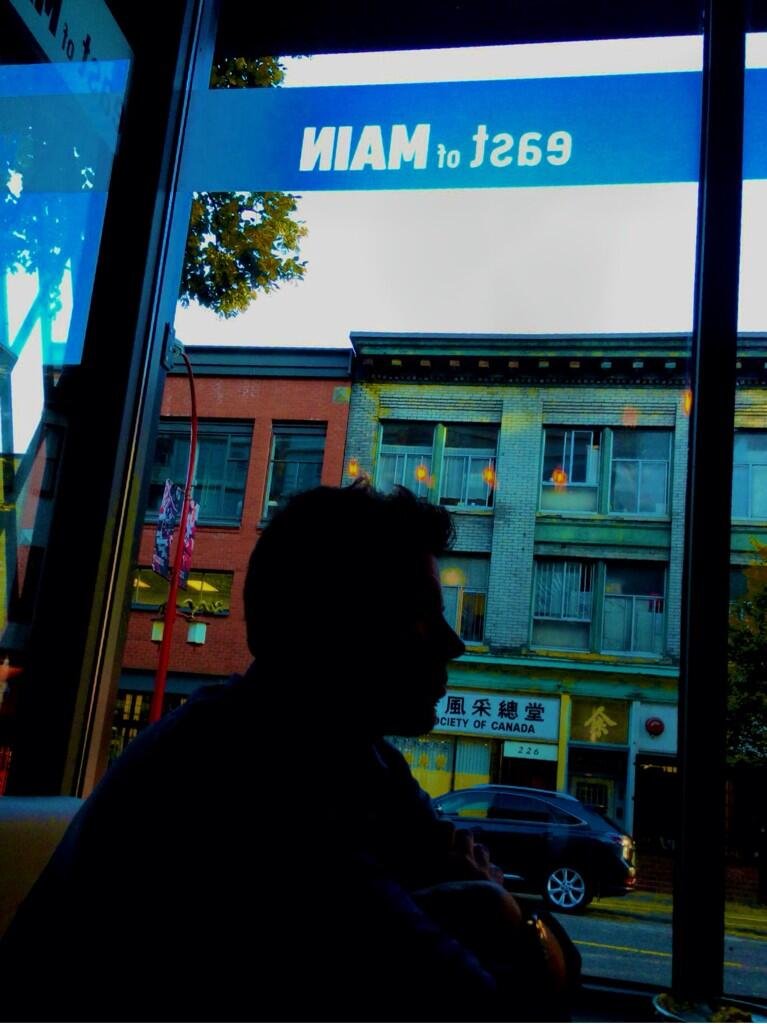