What a blockbuster summer for babies: America’s reality royals and Britain’s real royals both have summer due dates — although as in any savvy release plan, one slipped out early to steal the buzz. They’re not the only arrivals who have developed an online following: Here are several celebrity offspring that people have been cooing over in the past 12 months. 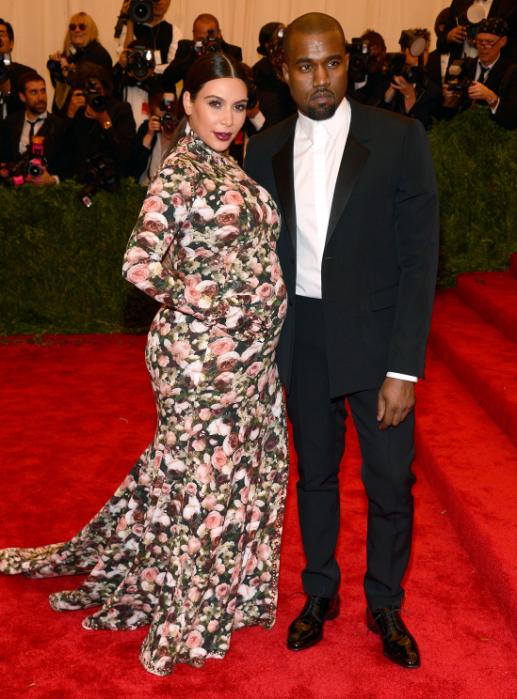 Kim Kardashian and Kanye West’s baby
Mom may play out her life on TV, but pop-culture spectators might have experienced a bit of whiplash keeping up with the Kim Kardashian dramas: a short-lived marriage to Kris Humphries, old friend Kanye West who became a baby daddy; a drawn-out divorce finally granted when Kardashian was six-months pregnant. No wonder, true to genetic form, baby Kimye (as we know her for now) decided that enough was enough and arrived five weeks early to get people’s priorities straightened out. What’s her name? Who will win the household battle of selling baby photos? 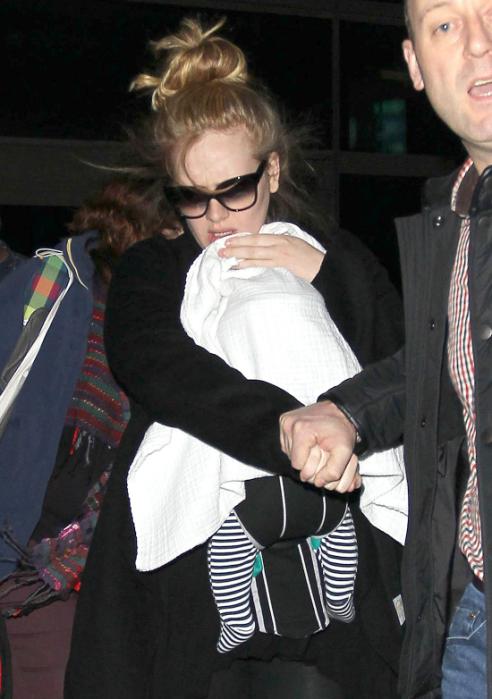 Adele’s baby
Adele announced that she’d take a creative pause in her record-making platinum streak in April 2012, saying to NRJ radio in France, “I have to take time and live a little bit.” By then, of course, she was already pregnant, which she announced later on her blog with her typical giddy yet understated flair, “I’ve got some news.” She and fiancé Simon Konecki have kept the name of their “little peanut” — born October — under wraps; as she told inquisitive reporters at the Golden Globes, “I am not sharing his name at the moment. It is very personal to me.” The Bond-like intrigue has kept people intrigued, but clues — such a necklace — hint at the name Angelo. A baby by any name is just as sweet. 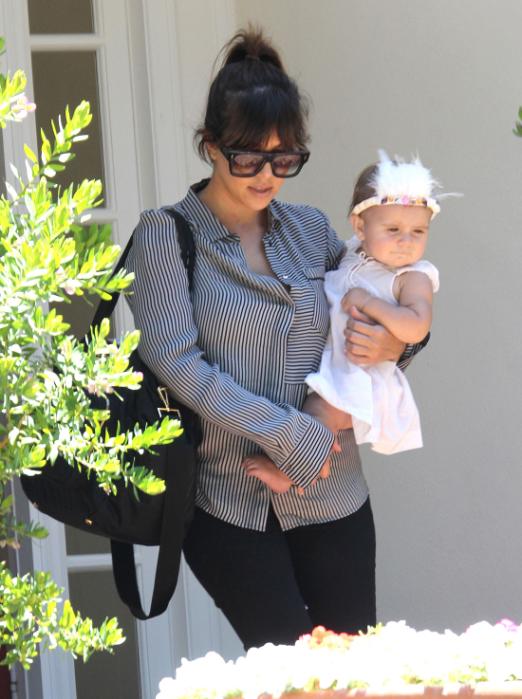 Kourtney Kardashian’s baby: Penelope Disick
Penelope will be celebrating her 1-year birthday in July with her parents Kourtney Kardashian and Scott Disick, brother Mason, and now a new baby cousin. While lower-profile than her sister Kim’s, Kourtney’s pregnancy played out before the cameras as well. Daughter Penelope gave her first magazine exclusive to US Weekly and of course she has her own social media presence, including a Facebook page. 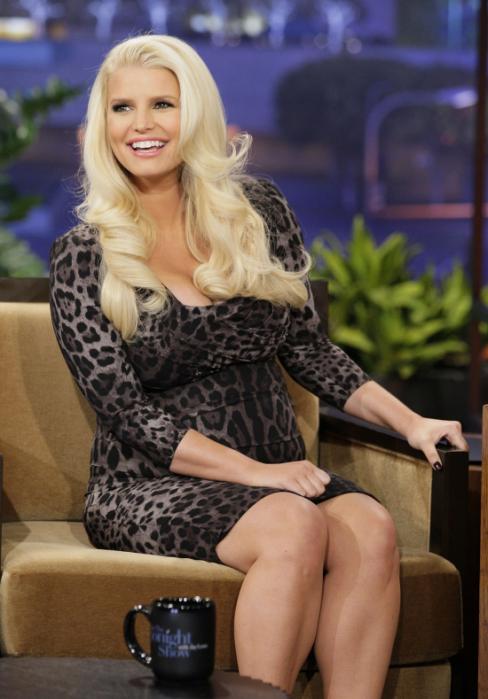 Jessica Simpson baby
Eric Johnson and Jessica Simpson’s baby was reportedly due Aug. 3, but these days people are saying any moment now, especially since the mother-to-be looks fit to burst — and happy about it. Simpson’s first pregnancy brought out the fat shamers, who also came out in full force with Kim Kardashian. This time, people are letting her enjoy her bump, as is she, judging from that June 3 Twitter photo of her wearing a hot-air balloon sweater, titled “Metaphor.” 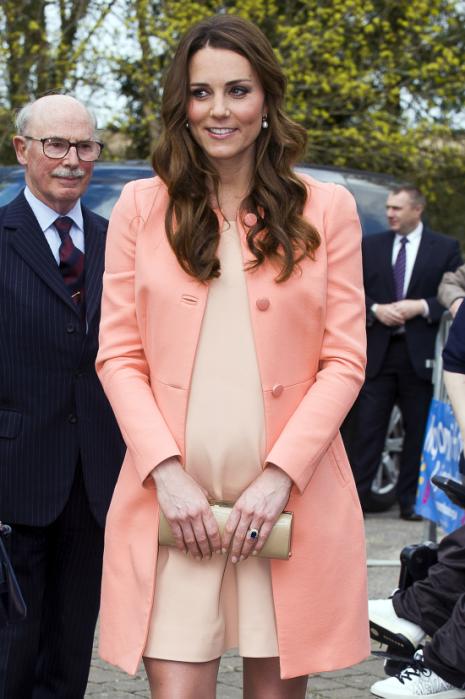 The royal baby
Kate Middleton’s baby, aka the royal baby, has been making Westerners giddy. Indeed, the duchess’s condition may contribute to a British baby boom, if a boost in fertility tests is a sign. Guessing the baby’s name has become another national sport: Safe to say, the royals will not be following the celebrity naming choices like Apple (Martin) or Brooklyn (Beckham), but instead are likely contemplating familial tributes like Elizabeth Diana Carole or Alexandra (or Charles, if it’s a boy). As for those who find all this fuss rather unbecoming of commoners, the Centre for Retail Research thinks the British economy could benefit from a $380 million baby boost. Now that’s an economic stimulus package. 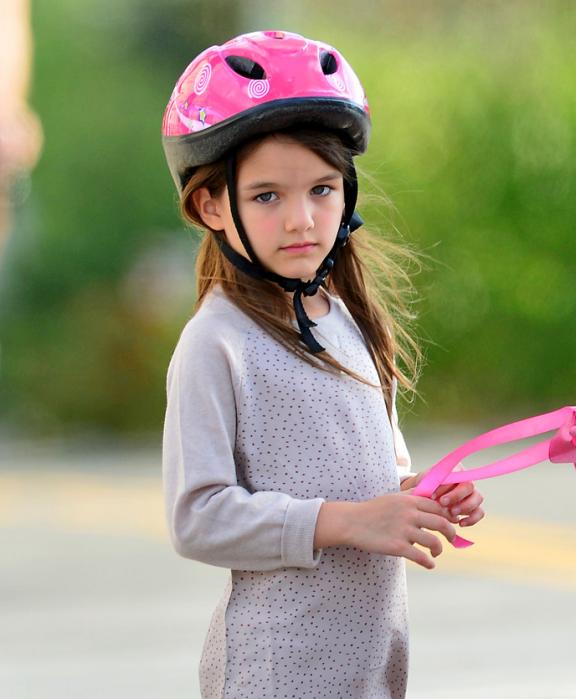 Suri Cruise
OK, Suri Cruise is not a baby anymore. In fact, she’s 7-years-old, but Suri was among the first celebrity babies to launch the modern-day spending boom. It has since tapered off, and in fact Parents magazine claims the latest trend is anonymity: Witness the aforementioned Adele’s code name, “little peanut”; and Uma Thurman, Sarah Michelle Gellar, and Anna Paquin have all been mum moms. Suri, of course, received renewed attention when Katie Holmes left the marriage with child in tow. Fashion watchdogs have also claimed another influence: Cruise’s fashion sense echoed by the Duchess of Cambridge. 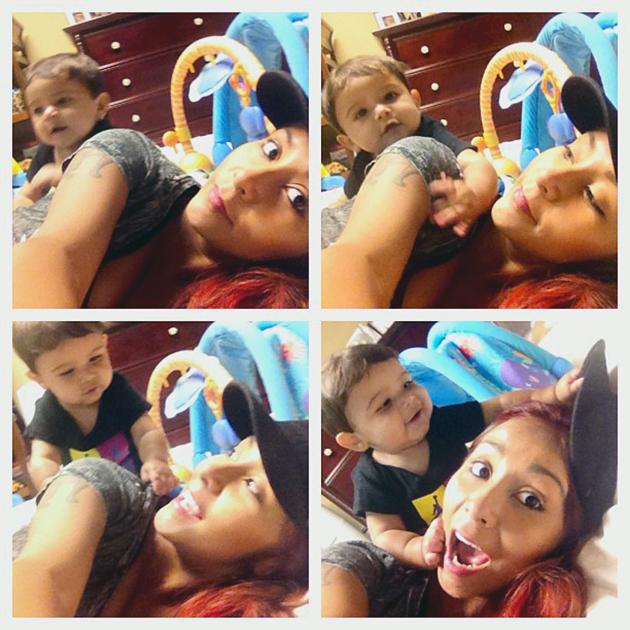 Snooki’s baby
Nicole Polizzi, known to a certain spectrum of the universe as Snooki, didn’t seem to have motherhood in her sights when MTV’s “Jersey Shore” brought her unexpected fame. But she wiped down the mascara, eased off the parties, became engaged to Jionni LaValle, and delivered their little Lorenzo. Her son turns 1 on Aug. 26, and mom will start planning the birthday party once the third season of “Snookie & JWOWW” gets underway. “Because I want it for the show, obviously.” By the way, guidettes can read all about her experience in her pregnancy book, “Baby Bumps.” 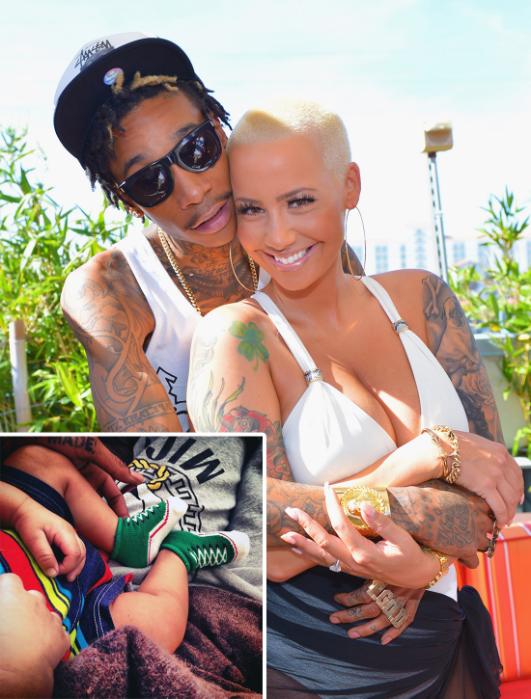 Amber Rose’s baby
Talk about timing: Both Amber Rose and Kim Kardashian are new moms, but they probably won’t be sharing playdates. They’ve both dated Reggie Bush and Kanye West, and Rose blamed the reality star for the end of her relationship with West in 2010. Looks as though all worked out for the best, in the form of an adorable bundle: Less than a year after she and Wiz Khalifa were engaged in 2012, Sebastian “The Bash” Taylor Thomaz debuted on Feb. 21. Sebastian (his feet pictured, inset) sat up for the first time early June, which made Mom excited yet sad: “It’s like, I want him to be a baby forever :)” 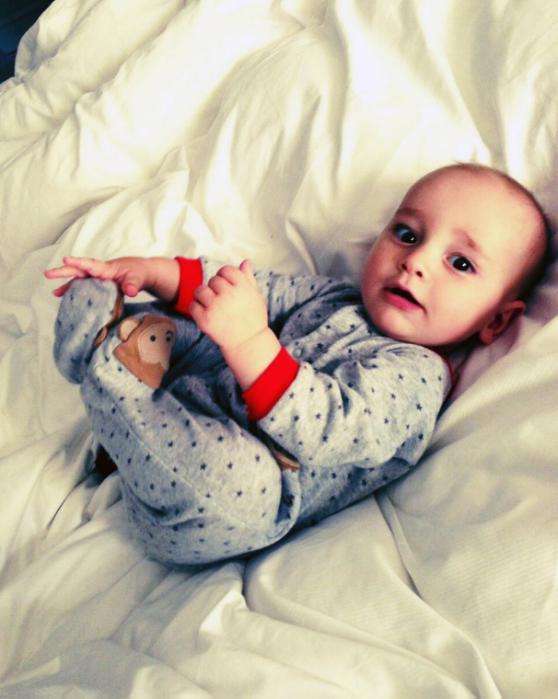 Giuliana Rancic’s baby
E! News co-anchor Giuliana Rancic and husband Bill’s efforts to have a baby were well-publicized, especially on their Style TV reality show. In the midst of her in vitro treatments, she was diagnosed with breast cancer and underwent a double mastectomy. They opted to have a surrogate carry their baby, and Edward Duke was born on August 29, 2012. On the radar: baby No. 2, and, as Bill Rancic told InTouch magazine, “Everything is in place.” 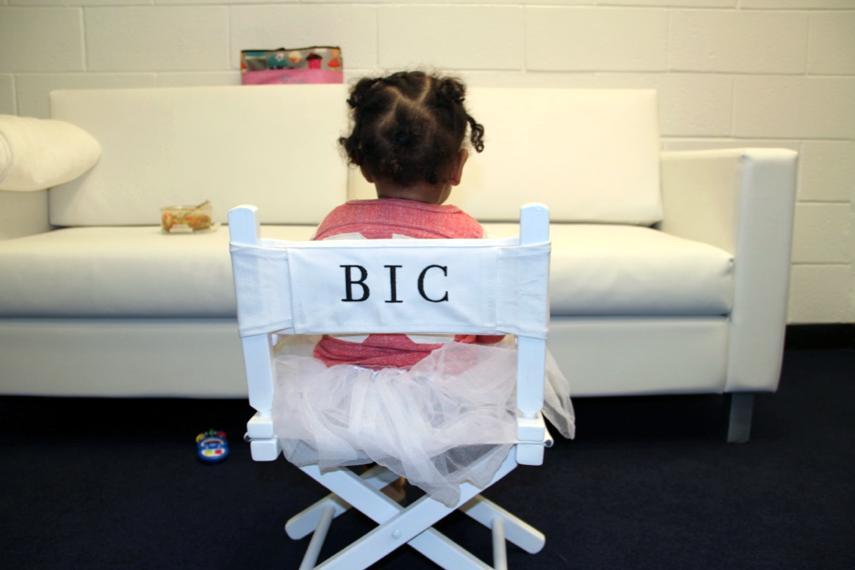 Beyoncé’s baby
When you average the buzz, Blue Ivy Carter was the top-searched baby of 2012. Little wonder, since Beyoncé and Jay Z are music nobility. They were also the highest paid celebrity couple in 2012, which means they could afford birthday gifts like a Barbie doll studded with diamonds (cost: $80,000), among other gifts. While Mom went back to work on her Mrs. Carter Show World Tour, she made sure that her little one was by her side, in her own initialed director’s chair. The rumor mill has been grinding out whispers of a sibling coming soon. Will they have to share the Barbie? Unlikely. 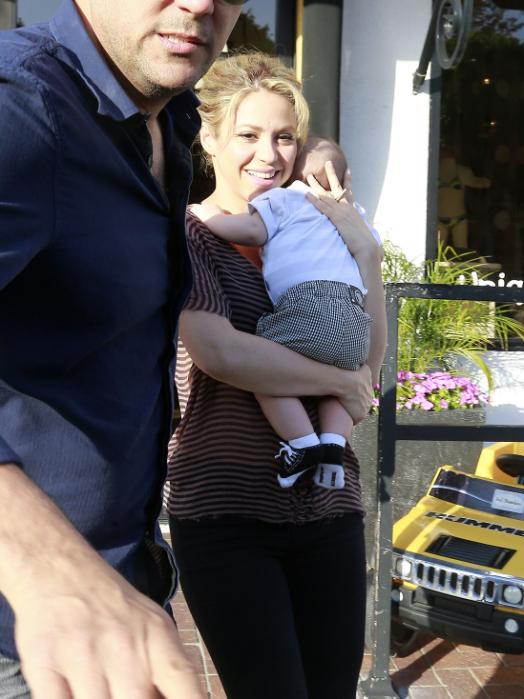 Shakira’s baby
“Hips Don’t Lie” still holds as the best-selling song of the century (thus far), but Shakira has been busy singing lullabies. She and FC Barcelona soccer player Gerard Piqué had their first child Milan Piqué Mebarak, on Jan. 22. Milan has already appeared on his mom’s TV show, “The Voice,” but he has encouraged her not to make a return visit to the NBC singing contest. “My poor baby’s so tired flying such long distances” from their Barcelona home, she told E! Online. “He already has more miles than any pilot. So I think I have to give him a little break.”