It seems hardly fair that such high-caliber stars are taking up the plum TV roles — but then again, we TV fans benefit. Here are a few from the pool of female nominees for the 65th annual Primetime Emmy Awards, and a peek at current and upcoming film projects. (Click here for the men.) 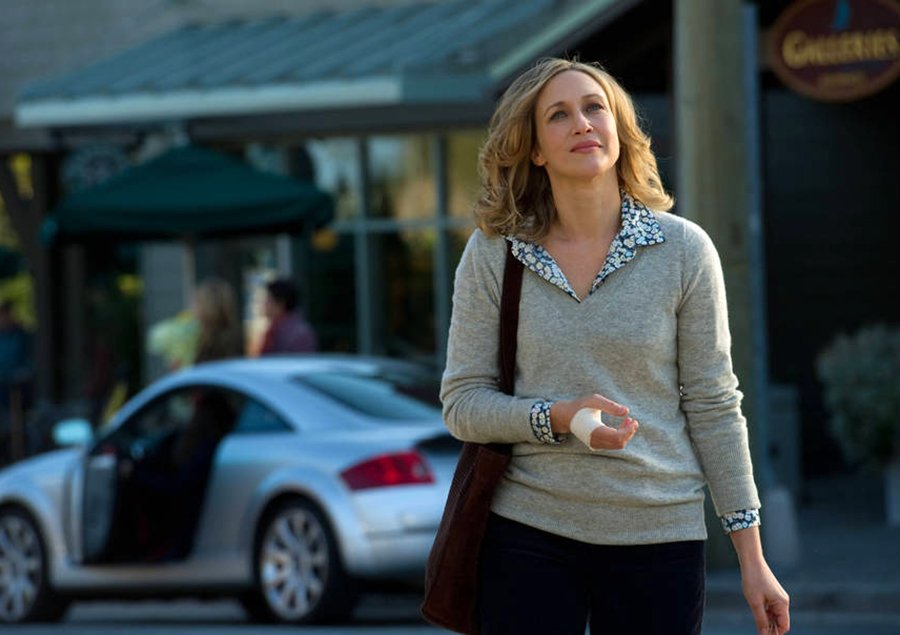 Vera Farmiga (“Bates Motel” and “The Conjuring”): The actress generated critical buzz in the indie film “Down to the Bone” (2004), and audiences took special note of her perceptive portrayals in “The Manchurian Candidate” (2004), “The Departed” (2006), and “Up in the Air” (2009). Farmiga, who started on stage, has done her share of television stints: Her first series was the short-lived “Roar,” co-created by 1970s teen idol Shaun Cassidy and Ron Koslow, and starring the late Heath Ledger.

As a paranormal-seeking clairvoyant in “The Conjuring,” she seems happy to be in a horror show, but her “Bates Motel” character, Norma Louise Bates, actually appealed to her maternal instincts. “Seriously, if I’m going to step away for 18 hours a day, there better be some sort of a paycheck or spiritual salary being offered. And ‘Bates Motel’ surprised me. [The role] made me reflect so deeply on the love I feel for my children,” she told Deadline. “Also, I was craving all that cable serial television has to offer, which is the risk and the wackiness, the unorthodox.” Not to mention a shot at Lead Actress in a Drama Series.

Below, a trailer from her latest film, “The Conjuring.” 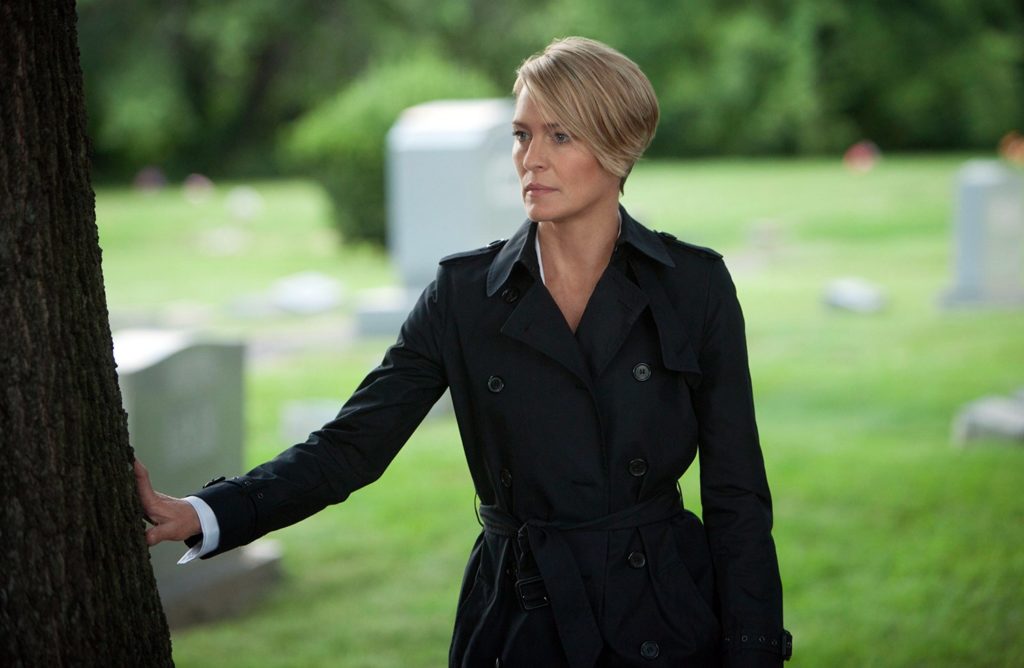 Robin Wright (“House of Cards” and “A Most Wanted Man”): The always luminous Wright entered the film canon with two instant classics — “The Princess Bride” (1987) and “Forrest Gump” (1994) — before she retreated into cozy motherhood in Northern California with her then-husband, Sean Penn. But later, with her elder daughter in college and her divorce papers in court, Wright returned to where she belonged, holding more than her own in movies like “Moneyball” and “The Girl With the Dragon Tattoo.”

She recently finished filming “A Most Wanted Man,” based on the John le Carré novel and starring Rachel McAdams, Willem Dafoe, and Philip Seymour Hoffman. Now she’s a part of another kind of history, as Netflix marks its transition from service to player with “House of Cards.” Like Farmiga, TV is familiar territory: She already has daytime Emmys from the soap “Santa Barbara,” and now she has the nomination for Lead Actress in a Drama. Either way, it’s good to see her back.

No trailer yet for “A Most Wanted Man,” although a leaked sizzle reel thrilled Carré fans. Below, an interview with the author about his book.

Kerry Washington (“Scandal” and “Django Unchained”): Washington has bounced between TV shows and movies in small roles like Alicia Masters, the love interest of the Thing in “The Fantastic Four.” Then 2012 brought her two projects: house slave Broomhilda in the Quentin Tarantino vehicle “Django Unchained,” and Olivia Pope in “Scandal,” a character inspired by George H.W. Bush’s deputy press aide, Judy Smith.

About the slave-era spaghetti Western (Spike Lee protestations aside), Washington said to the Standard that she was eager to do a film that wouldn’t “shy away from the awful truth of how terrible this sin against humanity was,” despite her trepidation when it came to doing scenes of her being whipped, branded, and imprisoned in a box. But in addition to showing how far America has come, Washington shows how far it still needs to go: “Scandal” is the first network show to feature a black actress in the lead since “Julia” (which ran from 1968 to 1971). That show got Diahann Carroll an Emmy nomination for the same category, Lead Actress in a Drama, but not the win. Odds, however, are looking good for Washington.

Below, a clip from “Django Unchained.”

Sigourney Weaver (“Political Animals” and “It Is What It Is”): Perhaps nobody exemplifies the ongoing problem of finding robust Hollywood roles for women better than Weaver. The USC Annenberg School for Communication and Journalism did its periodic gender analyses of top box-office grossers (usually the big-budget blockbusters) and saw a woeful drop in female characters: 28.4% in 2012 versus 32.8% in 2009.

The woman who could rip through aliens, take on serial killers, and tackle family dysfunction has been in lighter fare lately (or frankly, fare that hasn’t been so great), so tearing up the scene as a Hillary Clinton-esque secretary of state in “Political Animals” was irresistible. “This is possibly the best role I have ever played,” Weaver said to the Los Angeles Times about her first TV series role, which has landed her a nomination for Lead Actress in a Miniseries or Movie. As for movies, she has a few intriguing projects coming up, notably taking on a role originally envisioned for a man: a professor of queer theory in the John Singleton movie “It Is What It Is.”

The movie reunites Weaver and Singleton, who also directed the 2011 “Abduction” starring Taylor Lautner. No trailer yet for “It Is What It Is.” Instead, here’s a trailer from her last movie, “The Cold Light of Day,” co-starring “Man of Steel” star Henry Cavill and Bruce Willis. Sadly, top critics on Rotten Tomatoes gave this only a 14% rating, but trailers contain the best scenes anyhow: 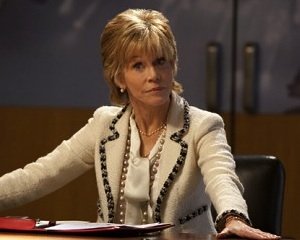 Jane Fonda (“The Newsroom” and “The Butler”): Like Al Pacino, Fonda is another powerhouse who should be content with her Oscars. To be fair, though, she hasn’t had one since 1978 (in fact, her 1984 Emmy win for Lead Actress in a Miniseries is newer). Now she has a shot with her nomination for Guest Actress in a Drama series, for her role in “The Newsroom.” The Aaron Sorkin vehicle has been hammered for its preachiness, but among the undisputed highlights has been Fonda.

The actress admits that her real-life role — as a former wife of media mogul Ted Turner — helped inform her performance. “I know what [a newsroom] looks like,” she said to the Huffington Post in 2012. “I know what it feels like — it doesn’t intimidate me. So, it did help. Even though my character is not like Ted — or like Rupert. It’s somewhere in between.”

Highly anticipated, just for the sheer political irony, is the star-studded film “The Butler,” in which the notorious liberal plays Nancy Reagan. And as for the backlash and boycotts about the casting, Fonda told the Hollywood Reporter, “I might not have always agreed with Nancy Reagan, but I admire her, and I’d never try to insert my views when playing her.” And protesters should “get a life.”

Here’s a trailer from what’s being dubbed an Oscar contender. 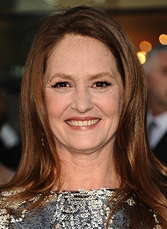 Melissa Leo (“Louie” and “The Butler”): Yes, Leo was squarely a television actress, from her start in “All My Children” to an incredible run on “Homicide: Life on the Street.” But she has had to battle sexism for years, even after (if not especially after) proving herself as ball-busting homicide detective Kay Howard. While she proved herself compelling in the indie film “Frozen River” (2008), she was revelatory to audiences as the blowsy South Boston sister Alice Ward in “The Fighter.”

The latter finally broke a dam of offers, and Leo has been working overtime in both mediums. And while there’s no official tally of sex acts that warrant Emmy nominations, Leo as a blind date debating oral sex reciprocity and sexual double-standards with Louis C.K. is a highlight like no other, and definitely worthy of a Guest Actress nod. “I was even more prepared than I would be for Shakespeare with his dialogue,” Leo declared to New York magazine, and added, “I have worked for 30 years and won an Academy Award. I have never had a response like that to anything. Personally, on the street, people come up to me about that episode. It’s a phenomenon!”

Next up, with likely no lines about sexual gratification, is her role as Mamie Eisenhower in “The Butler” (which, as mentioned earlier, may change its title). Meanwhile, here’s another trailer from the Lee Daniels picture. 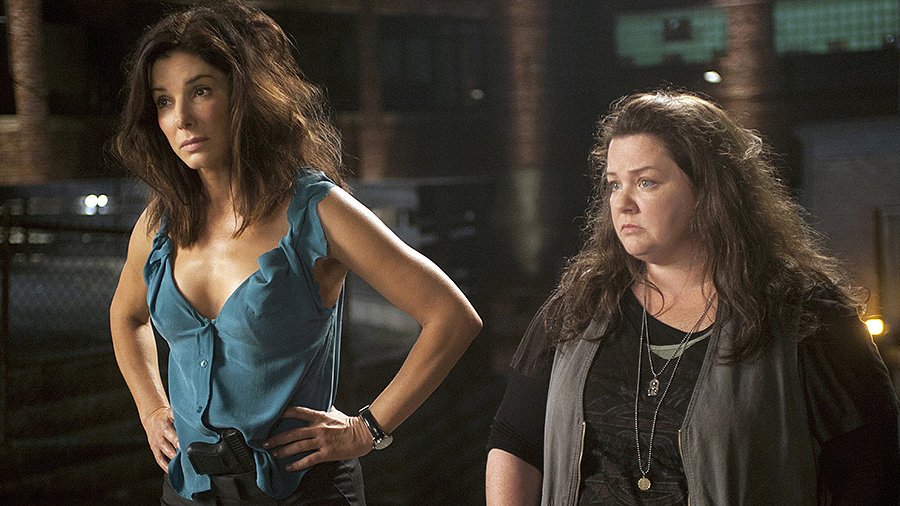 Melissa McCarthy (“Saturday Night Live” and “The Heat”): Wait a minute — does she belong in this list? In fact, the reluctance of Emmy voters to recognize her performance in “Mike and Molly” (her nod is for guest-hosting “Saturday Night Live”) actually means she has crossed over, a la Justin Timberlake. Ever since “Bridesmaids,” McCarthy has been owning big-screen comedy, and she has made pop culture history of sorts by teaming up with Sandra Bullock in a female buddy movie. (Although one could argue all female movies are about female buddies, but let’s not get into that debate here.)

And while “The Heat” has only generated lukewarm reviews, the praise has gone to McCarthy with accolades like “The funniest woman in films today.” More yuks coming up in McCarthy’s queue: “Tammy” with castmates Susan Sarandon and Kathy Bates, and a promise of “The Heat 2.” Here’s the trailer from the comedy out: