Get Fit at the County Fair

Ah, the summer fair. Strawberry funnel cakes, carnival games, pig races — and your next fitness inspiration? That’s right, certain old-fashioned games and bizarre contests found in festivals can provide a cardio and strength-training boost. And while a wife-carrying race probably won’t make it into your regular workout routine, it may compensate for that delicious fried Twinkie. Here are four events to try this summer:

Scottish heavy events: The hammer throw, sheaf toss, and pitching bay hales are only three classic games played in Scotland’s traditional “Highland Games” and offered at various fairs around the United States, according to Matt Vincent, a 2012 Highland Games world champion and author of “Training Lab: Strength Training for the Highland Games.” A fan favorite is the caber toss: A (brave) competitor lifts a pole — measuring anywhere between 23 feet high and weighing up to 140 pounds — and tosses it, aiming to have it land in a perfect 12 o’clock position in front of him. The Caledonian Club of San Francisco — which hosts the largest gathering in North America — tracks the games back to military exercises, although Vincent believes the origins are more humble, deriving from building walls, setting fence posts, and creating ad-hoc bridges for rivers, moats and chasms. 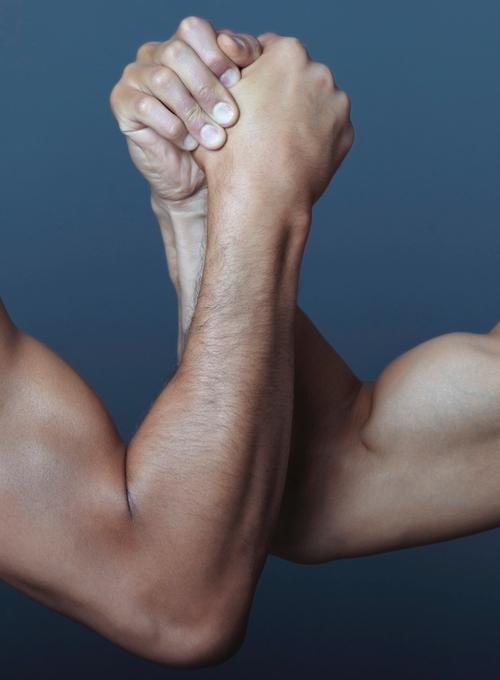 Arm wrestling: Lots of brawn and technique are involved in the art of arm wrestling. Robert Drenk, the founder of the Ultimate Armwrestling League compares the training regime to mixed martial arts, as competitors need to build strength in their back, core, triceps and lat muscles, not just their arms. In fact, pros can train up to two hours a day lifting weights, static holds, rope or rock climbing. 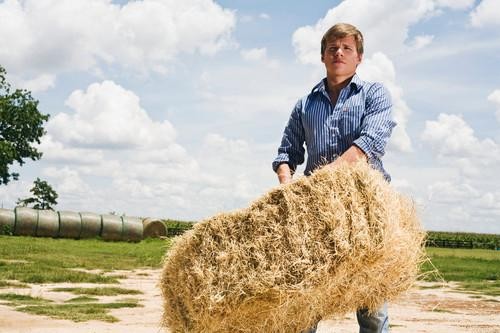 Barnyard Olympics: “A number of fairs will have ‘barnyard Olympics’ type activities such as bale carrying and blindfolded tractor driving,” Marla Calico, the chief operating officer for the International Association of Fairs & Expositions, tells Yahoo Health. You can even sneak in cardio by entering a potato sack race. Hey, the first lady Michelle Obama enjoys it. 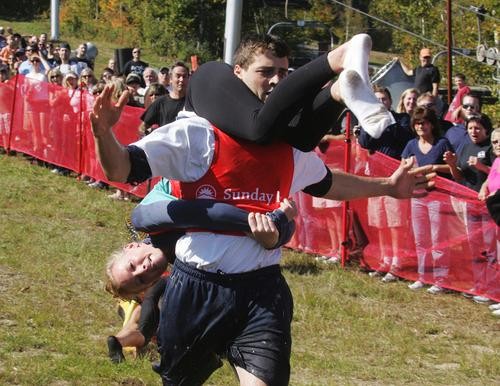 Wife-carrying contests:  Never heard of wife-carrying contests? Finland has been holding them annually since 1992, specifically the Eukonkanto konttuuri, which translates to “old hag-carrying race.” Now popular in Wisconsin and Shenyang, China, the sport requires a woman to hang upside down and wrap her legs around her husband’s neck. And less you think the wife is deadweight, a study published in The Medical Journal of Australia found that carrying a strong woman is associated with better race times. “This may be because a stronger woman can cling more tightly to the man,” the study suggests, “providing a more streamlined form while racing.”