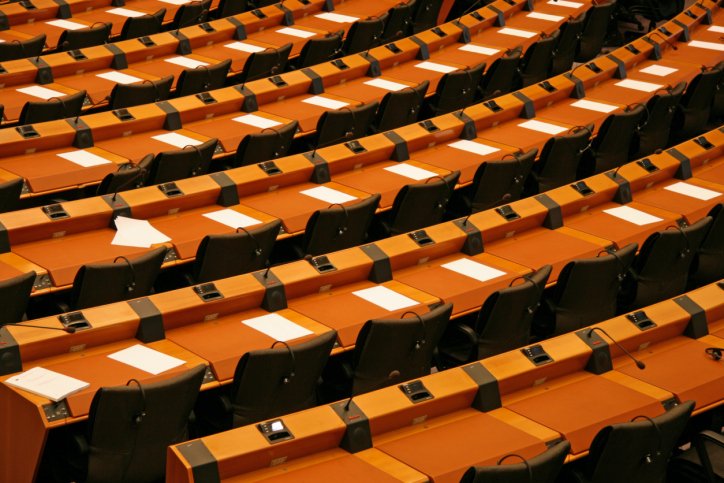 To paraphrase the Bard: The first thing we do, let’s kill all the law school applicants.

As maligned as lawyers may be, their profession comes with prestige and visions of hefty billable hours. So the plummet in law school applications—to the lowest number in 30 years—is both shocking yet unsurprising. For years, a growing movement from bloggers to senators has pushed for greater transparency about the legions of unemployed lawyers: Turns out some law schools bragging about their gainfully employed students have padded the stats by including nonlegal jobs—graduates were ending up as baristas, not barristers. (A few schools even hired their own alumni, an altruistic act that also satisfied a criteria to get a good ranking from U.S. News & World Report.)

Last year, the American Bar Association (ABA) at last released daunting numbers, detailing a dismal 55 percent legal employment rate for the class of 2011. With those employment figures—and the fact that tuition rates have been well outpacing inflation—undergraduates didn’t need class-action lawsuits to tell them how crippling student debt could hamstring life plans. Less than a year later, the reaction is clear. “Nearly everyone in legal education expected the number of law school applicants to fall off this academic year,” wrote the National Law Journal. “But they weren’t prepared for this.”

A matter of law degrees: chronic underemployment
The Great Recession can’t take all the blame. Critics have argued that schools have been pumping out an oversupply of lawyers as far back as the 1970s. Longtime watchdogs see the problems of law school as a microcosm of the larger and “growing disconnect” between labor market needs and college education.

UCLA School of Law graduate Marc Gans considers himself one of the luckier graduates from the class of 2012, thanks to his job as a law clerk. Nevertheless, he started delving into employment numbers out of frustration over what he describes, in a conversation with Yahoo, as “a messed-up system.”

“My original impetus was to write about the [class-action] lawsuits,” filed against schools advertising deceptive employment data, he says. But he found plenty of other figures, among them the widening salary gap based on where you graduated, chronic underemployment and a disproportionate number of underemployed or unemployed professionals from schools accredited by the ABA since the 1970s.

Moreover, from 1985-2010, the true employment percentage averaged 68.7%. This means that over the last 25 years, approximately 1 out of every 3 graduates from law school was unable to find full-time employment requiring the use of their degree. In fact, other than a brief span in the late 1980’s where the true employment percentage hovered around 80%, it has cracked 70% only 3 times since. (June 24, 2012, “Not a New Problem: How the State of the Legal Profession Has Been Secretly in Decline for Some Time.”)

Big debt, short-lived Big Law jobs
At one time, even if graduates couldn’t get a law job, they could pay off their debts. No more: 9 out of 10 law graduates are in debt—more than any other degree, undergraduate or graduate. Tuition has outstripped inflation simply because, as books like “Failing Law Schools” have laid out, law schools charged the market price for prestige. Some universities have been accused of using law schools as cash cows to fund other programs.

Paul Campos, a University of Colorado professor who writes the blog “Inside the Law School Scam,” has been among a cadre of critics calling attention to rising tuition and diminishing employment rates. As tuition has tripled, future lawyers have been burdened with educational loans upwards of $300,000.

Worse, “the large majority of jobs are lasting five years or less,” Campos tells Yahoo by phone, citing an ABA study that uncovered a five-year attrition rate of 70 to 80 percent. He describes a mindset shift from a professional guild to “short-term profit maximization.” “Big Law has gotten very unstable relative to how it used to be, with mergers and firms dissolving,” Campos says. “Even with firms stable in terms of their own identity, the job security of their associates is less than they used to be.” That means no more keeping associates around until they decide whether or not to try and make partner.

“It really calls into question the whole risk calculus even if you do win the game,” he says. His students complain about working nonstop through their high school years to aim for Big Law—firms that employ 100 or more lawyers—where they work as junior associates doing routine and unchallenging tasks. They get cut, he says, and “they’re basically back to square one. [And they ask] ‘What did I do that for?'”

Millennials have been notoriously described as the trophy generation that challenges the law-firm grind. Saddled with debt and oversupply, the generation’s vaunted ability to change work culture may be a little exaggerated. “You have to work insane hours. It’s really difficult and you have no life,” Gans said. “I think it’s always kind of been like that—that being said though, they have no problem finding people to take those jobs.” And for those who burn out, some applicant will be ready to take their place. “If I were offered a job like that, I would snap it up.”

Women, who have been the biggest factor in rising law school populations, may ironically be taking a disproportionate hit. “The Big Law firm—this is a generalization of course—it’s a hostile work environment for women,” Campos says. “Only 15 percent of partners in large law firms have been women, after an entire generation of gender equality in the output.”

Women have long spoken about gender and age discrimination. One anonymous comment to a post about female rates in law schools noted:

The jobs crisis in the legal profession cannot be emphasized enough. It particularly hits women because there is no slack in law firms for women who want to raise kids… Do not go to law school if you are a woman and want a family and a job. Many of my female classmates from the top schools who had kids do not have real legal jobs, and have not had real legal jobs for the last 8 or 10 years.

American dream: busted or saved?
If there’s one silver lining, the drop in applicants may help avert a crisis similar to subprime mortgages. In 2010, the Department of Education backed student loans, but according to one analysis, the department doesn’t conduct “rigorous analysis on how graduation from particular institutions affects an individual’s income or earning power.”

Given lower income expectations, budding lawyers likely will have to use an income-based repayment system to pay their $150,000 debt (a common sum). After 25 years, whatever’s left over gets forgiven, and taxpayers lose out. Fewer people taking out extravagant law loans softens a doomsday scenario.

For those holding an acceptance letter in their hand, here’s a grimly humorous video, from 2010, that lays out whether law school’s worth the money.