Hot on ice: Ranking the early Olympian favorites and the supermodel fan of the week

Stray dogs, yellow water and glasnost at work at the potty. Before the cauldron was even lit at the long-anticipated Opening Ceremony, the XXII Winter Games generated a polar vortex of buzzwords — not to mention Twitter SochiProblems account that outrivals the official one.

Besides searching the details behind all the glitch and glamour, people online have been readying themselves for the Olympics by acquainting themselves with Team USA, rules of the sports (curling’s No. 1!), and evaluating the other competitors (Jamaican bobsledders lead “team” lookups).

[Related: Ten Best Bets to Win Gold for the U.S]

Among the Olympians, controversy over whether she deserved her ticket to Sochi, plus her past colorful confessions about virginity, has helped pump up bobsledder Lolo Jones as the most-searched American Olympian in the past 30 days. The early Search hype isn’t just focused on veterans like Shaun White and Bode Miller, but favored Olympic newcomers like figure skaters Ashley Wagner and Gracie Gold.

Fan reaction is always a part of the appeal of the games. The shoutout goes to Russian supermodel Irina Shayk, whose name definitely spiked in searches after she uploaded her creative use of souvenirs on Facebook: “My special Olympic swimsuit #go Russia #Sochi 2014,” she noted. Martha Stewart, are you paying attention? 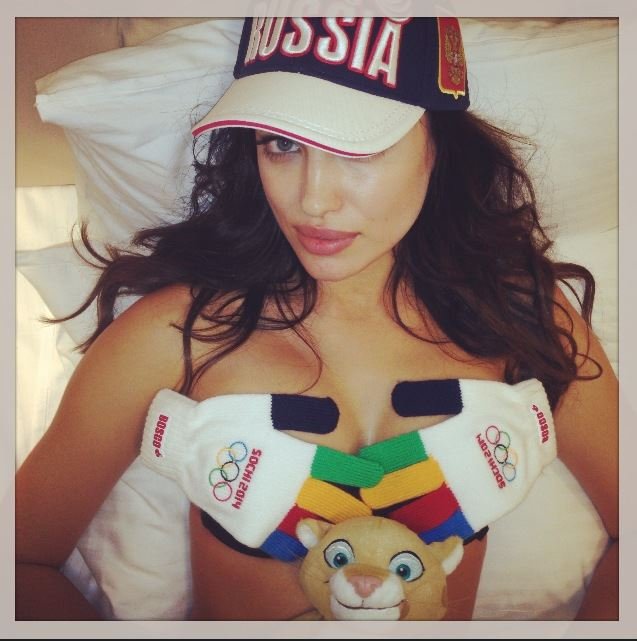 The Russian-born model uploaded a pic of her wearing Sochi gloves, but not on her hands