Yahoo! On the Road is full of bright young stars and amazing music talent (you can catch the concert live streams and tune in to score tickets — check out the schedule here). And while life on stage may sound like champagne and private jets and exciting tours, even mega musicians like Lady Gaga go through their share of struggles. Check out 10 artists who faced economic challenges over the years. — By Vera H-C Chan, Yahoo! 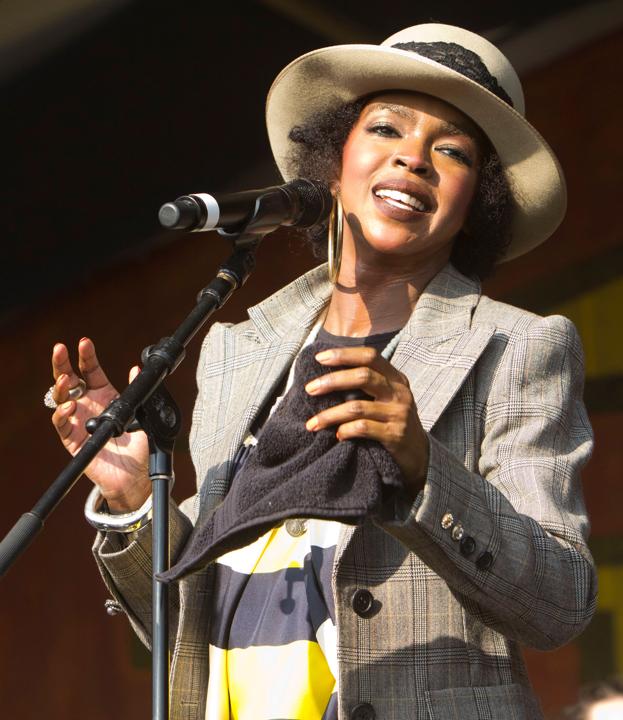 Lauryn Hill, $1.8 million
The singer may have gone to a (relatively) new medium, but the plaintive cry’s the same: Lauryn Hill aired her side on Tumblr. “It has been reported that I signed a new record deal and that I did this to pay taxes,” she wrote, but never does the word “taxes” (nor her debt from tax evasion) come up again; instead, she dwells on “inequity” and how “past recordings have sold over 50,000,000 units worldwide, earning the label a tremendous amount of money (a fraction of which actually came to me).” According to her attorney, a loan signed against two properties would make Hill good by the time her tax-evasion sentencing comes up May 6, but this deal shouldn’t hurt. Hill pleaded guilty of not filing taxes from 2005 to 2007, right before People magazine wondered why she was “shocking friends with odd behavior.” And the government, apparently. 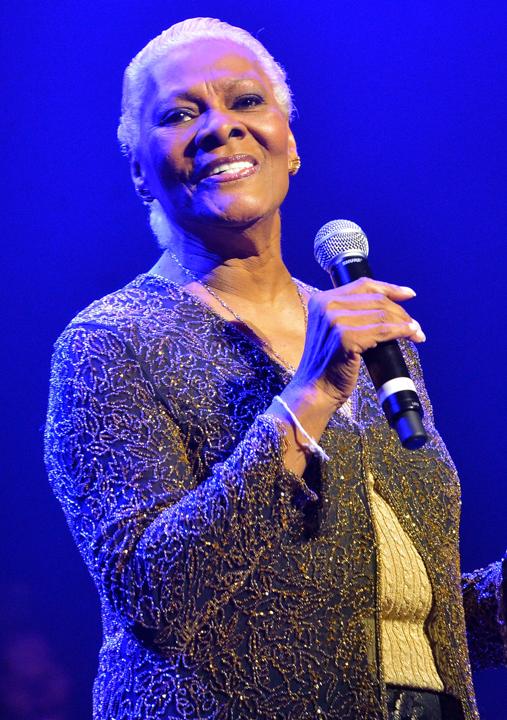 Dionne Warwick, $10 million
Dionne Warwick, who ties with Madonna at No. 3 for top female vocalists who have hit the Hot 100 charts, celebrated her 50th anniversary in the music biz just last year. At age 72, the chanteuse should be knitting sweaters with 24-karat gold thread or puttering about in a luxury golf cart. Instead, the singer filed for bankruptcy in March, with a jaw-dropping debt of $10 million owed in state and federal taxes that ballooned over the years. Lest you be too concerned, her monthly income is nearly $21,000, although her expenses — which include $5,000 in housekeeping, $1,000 heating bills, and a $4,000 personal assistant — leave her with just $10 in mad money. 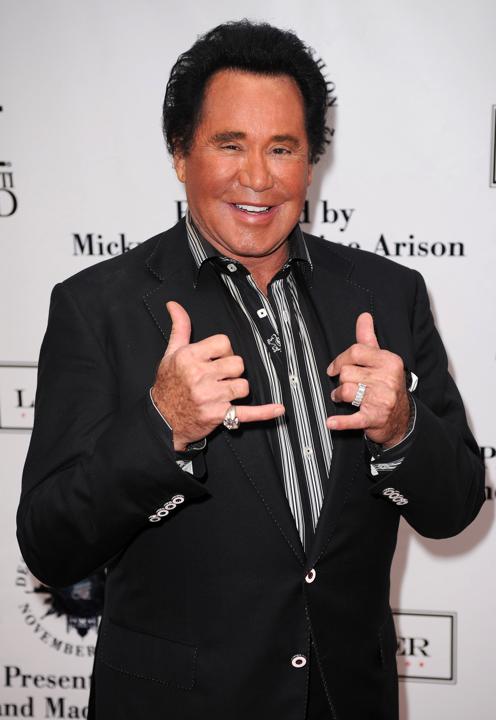 Wayne Newton, $20 million
In 1983, Wayne Newton made it into the “Guinness Book of World Records” as the world’s highest-paid entertainer. Less than a decade later, he was signing Chapter 11 papers to manage about $20 million in debt. He shook that, but the pendulum has swung again: Among various lawsuits, the biggest to hit Mr. Las Vegas is over a soured deal to turn his 40-acre home into the Graceland of the West. In December, Casa de Shenandoah was listed for sale, and his 280 exotic animals were sold off at a huge loss (but the Arabian horses could stay). The sellers are trying to boot the Newtons off the estate in a May 31 auction, but so far his wife says they’re not budging. Said Kathleen Newton: “Even if at some point the property gets sold, it gets sold with us here.” Sounds like a deal. 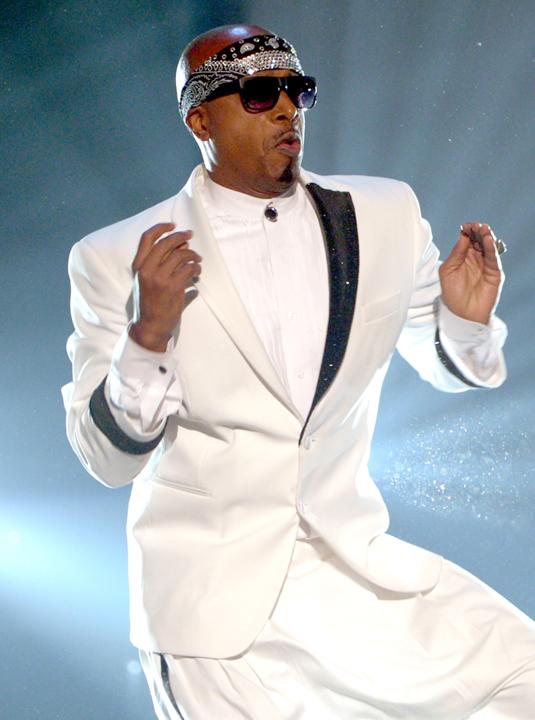 MC Hammer, $10 million
Stanley Burrell, as MC Hammer, had the classic local-boy-makes-good storyline: He saw a meteoric rise, set off the craze for parachute pants, and — pre-dot-com bubble — paid $9.3 million for a mansion in a Northern California suburb to which he added more than that amount in custom features. To be fair, many of his expenses were from employing people from the neighborhood, but within six years of his hip-hop album being certified diamond — a first — a different kind of hammer came down as he and his wife filed for Chapter 11. Hammer’s story always makes the cautionary “celebrities who become bankrupt” list, but he’s often been in on the joke. There was that beef with Jay-Z when the mogul alluded to Hammer’s past finances and his faith, and he replied in kind with a song and video involving the devil — and the beef blew over. 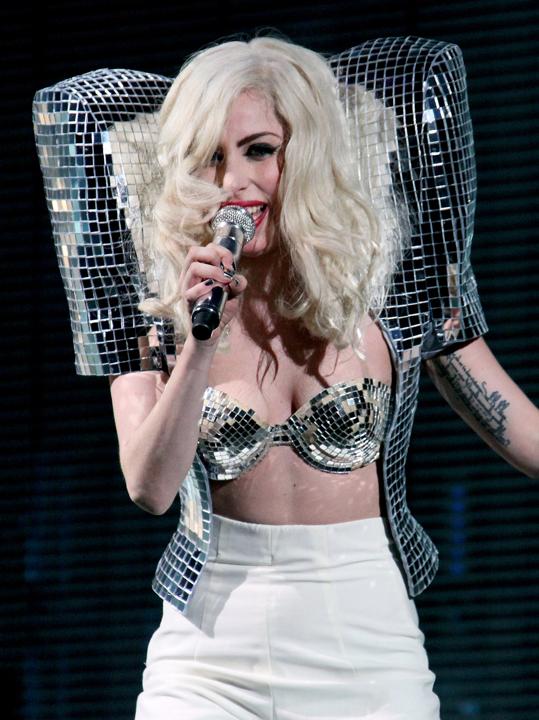 Lady Gaga, $3 million
OK, her debt was fleeting, but it startled even Stefani Germanotta, aka Lady Gaga. The self-created pop sensation may have plenty of smarts, but her rapt attention to blowing out her Monster Ball tour overrode her arithmetic. The performer extraordinaire bankrupted herself for the 2009 global extravaganza. “It was funny because I didn’t know,” she confessed to the Financial Times. “And I remember I called everybody and said, ‘Why is every­one saying I have no money? This is ridiculous, I have five No. 1 singles’ — and they said, ‘Well, you’re $3 million in debt.'” She quickly made up for that, thanks to extended tours and an HBO special. 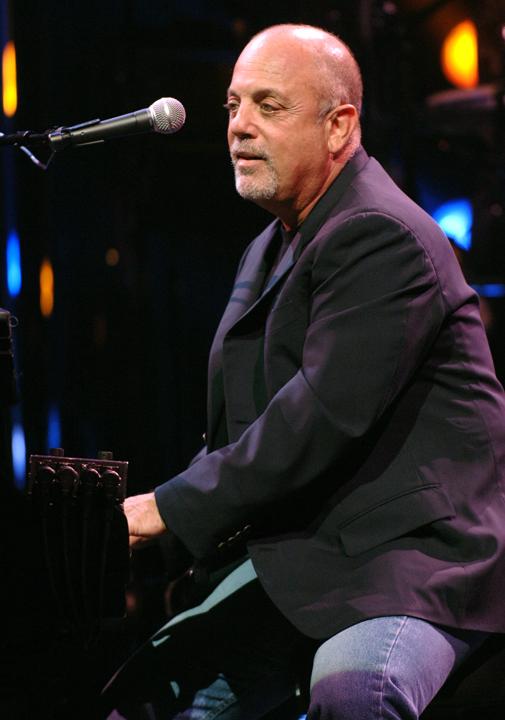 Billy Joel, $30 million
Billy Joel hasn’t had the best luck with his managers: He was tied to his first by contract for 15 years, even when the two weren’t working together. Then he married his second manager, but in their divorce, she took half his assets. Joel hired his ex-brother-in-law, Frank Weber, whom he later sued for $90 million — $30 million for fraud and misappropriation of funds, and another $60 million for punitive damages. While reports are that he has had to file for bankruptcy three times, it was Weber who pleaded poverty — although Joel did have to go on tour to make up for the millions lost. He ultimately settled for $8 million. 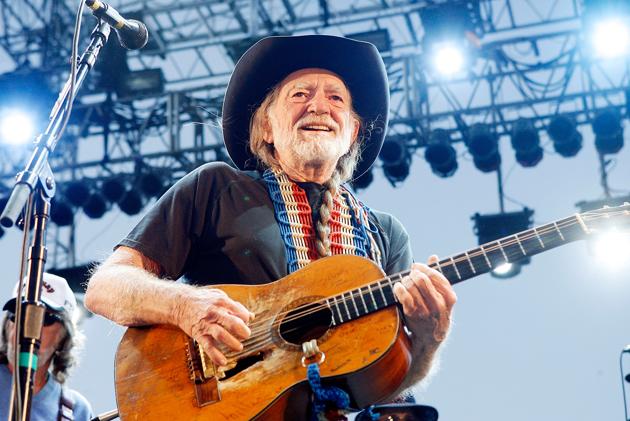 Willie Nelson, $32 million
Country singer Willie Nelson thought of his assets seizure as a way to pare down. In the 1980s, he banked his wealth in a tax shelter, but the IRS didn’t take kindly to those back then. The government took his Texas ranch, among other things, in payment for a record-breaking $32 million in unpaid taxes. Like a true country artist, Nelson turned to music to express his woes — and, with approval from the IRS, to fundraise — in his album “The IRS Tapes,” which people could have bought by dialing 800-IRS-TAPE. He also sued his accounting firm, and they settled. 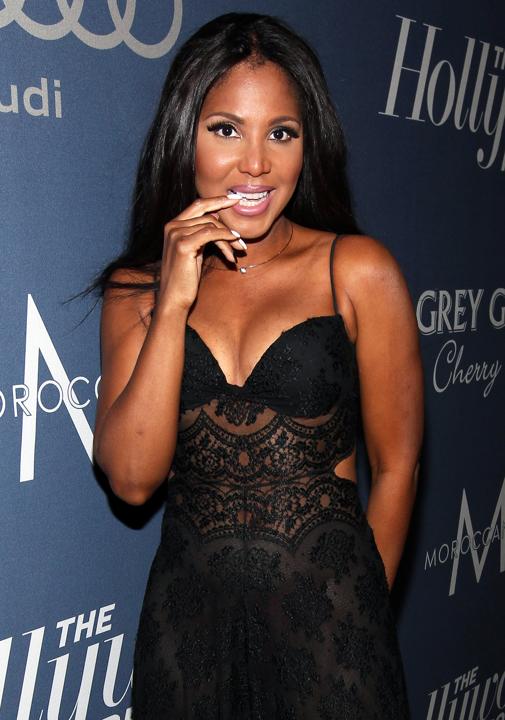 Toni Braxton, $18.3 million
Toni Braxton once dominated radio waves and had Grammys aplenty, but disputes with her record label landed her in bankruptcy twice, in 1998 (a circumstance that inspired all-star concerts protesting record companies’ “indentured servitude”) and again in 2010. Braxton, who followed the paths of celebrities in search of a paycheck by going on reality TV shows, also admitted to some compulsive home shopping, but a chunk of her latest debt — $16 million out of $18.3 — was mostly owed to her record labels. She’s still paying off bills with “Braxton Family Values” and recently appeared in a Lifetime movie, “Twist of Faith.” The balladeer wants to put music behind her and play a lesbian. “I don’t know why,” she told theGrio. “Just something completely different than people would expect from me.” 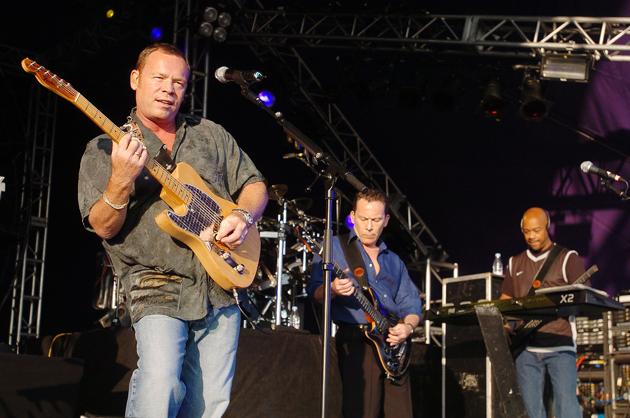 Members of UB40, $750,000 pounds (US$1.1 million+)
Meta-irony reared itself when five out of seven members of UB40, who got their name from “Unemployment Benefit, Form 40” (the document that Brits filled out to go on the dole), filed for bankruptcy in 2011. Two members of the pop-reggae group left in 2008, warning of poor management, and eventually the band succumbed to their debts three years later and reportedly sold rights to their own songs to EMI. “UB40 have been asset-stripped by the people around them,” said self-exiled frontman Ali Campbell after the news broke, although drummer Jimmy Brown partly blamed the singer for the band’s financial woes. (Campbell also declared insolvency.) After a long dry spell, UB40 will be performing again this June. 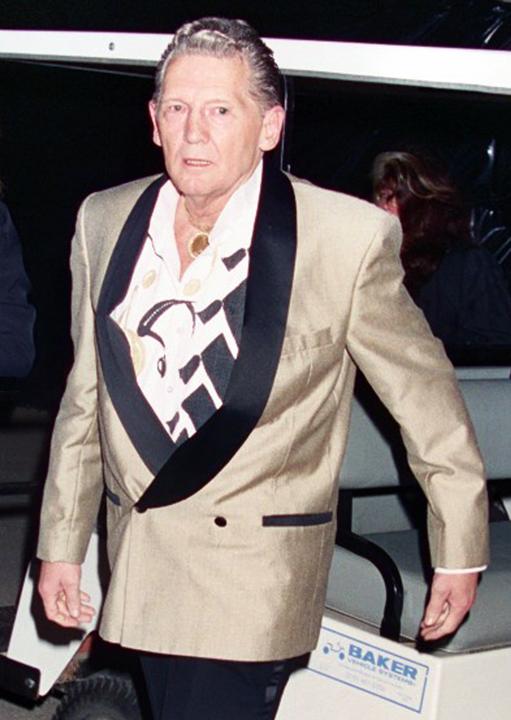 Jerry Lee Lewis, $3 million
As far as scandals go, the “Great Balls of Fire” singer is more notorious for marrying his 13-year-old second cousin Myra than the plummet in his fortunes. Then again, that third marriage of his outraged the British and torpedoed his shot at being the rival to Elvis — and the millions that would’ve come with that success. Hard living finally resulted in a personal bankruptcy petition in 1988 for more than$3 million, just when Dennis Quaid was filming his biopic, “Great Balls of Fire!” That’s behind him, and “The Killer” has since inspired a Broadway musical, still tours at age 77, and last year married wife No. 7 — his ex-wife Myra’s former sister-in-law. 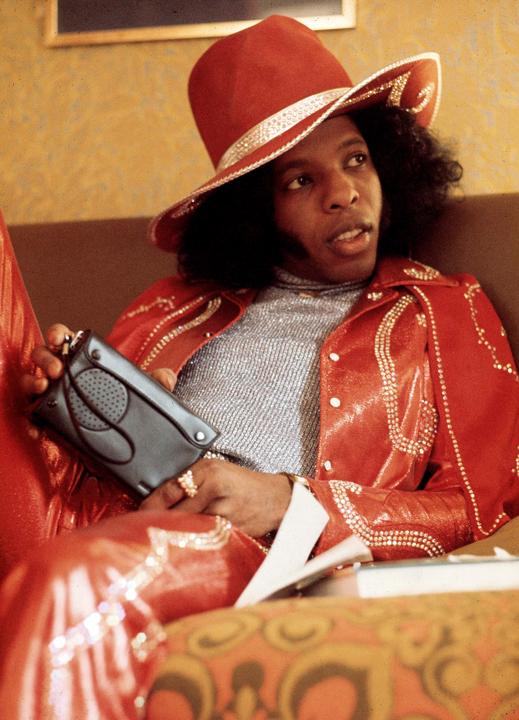 Sly Stone, loss unknown
In the five-year period between 1967 and 1973, Sly and the Family Stone established themselves as funk greats. But bankruptcy came fast in 1976, which coincided with the group’s own end. Stone has since been honored with many homages, among them a 2006 Grammy tribute. But the soulful pioneer — once dubbed the J.D. Salinger of funk — has never seemed to regain his footing: In 2010, he filed a $50 million lawsuit against his former manager, and the trial may begin April 29. The New York Post reported that he downsized from a Beverly Hills mansion and then from a Napa Valley compound to a white camper van bearing the words “Pleasure Way,” parked in the Crenshaw area of Los Angeles. He told a reporter he wasn’t homeless, but just preferred to be on the move. Now 70, Stone did make a rare appearance in February at an Oxfam America benefit brunch during the Grammy weekend.