Recap: Hebdo, #twirlgate, and Other Big Stories You Searched in January

Yahoo Search sends out big signals about what the world cares about. In January, we saw searches and trending stories on people taking to the streets to advocate for freedom of speech and transgender acceptance. On the sports liberation front, women broke world records in between twirling controversies. And the start of tax season and clearance sales had consumers ping-ponging between outrage and excitement about deals. 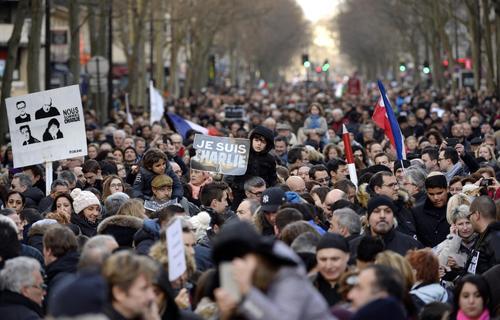 The 35-year-old French satirical weekly Charlie Hebdo makes its trade in offending. Named after the Peanut‘s Charlie Brown cartoons it reprinted, the weekly’s meager circulation averaged 30,000, but its willingness to defy Islam’s dictate never to show an image of the prophet Muhammad earned outsized protests. On Jan. 7, extremists stormed the editorial offices and killed 12 — staff members and police — and set the world on high terrorism alert.

The mass killings galvanized international vigils and made Je suis Charlie (“I am Charlie”) a rallying cry for freedom of speech. Hebdo’s co-founder, though, blamed slain editor Stéphane Charbonnier for taking an “unnecessary risk,” and many sought to look at the complex issues of poverty and second-class citizenship. Hebdo’s subsequent “survivors’ issue” — a 7 million run — drew support and more protest with its depiction of the prophet Muhammad under cover.

On Dec. 28, 2014, Ohio teen Leelah Alcorn — born Josh Alcorn — posted a long note on her Tumblr blog, telling of how she was forced to attend Christian conversion therapy, was taken out of school and was forbidden access to social media after she outed herself to her parents. “My death needs to mean something,” she wrote. Hours later, she walked in front of a tractor-trailer. Alcorn’s cause has since motivated international vigils, social media discussions, and an online petition to have the name “Leelah” put on her tombstone.

The swell of support also came during a month when the Golden Globes recognized Amazon’s series Transparent (about a family man making the transition to transgender) for best comedy series and best actor. A Grammy nomination went to Arcade Fire’s “We Exist” (showing Spider-Man Andrew Garfield as a transwoman) for best video. And among red carpet standouts, Eurovision Song Contest winner Conchita Wurst (born Tom Neuwirth) got props for looking lovely in an emerald evening gown and beard. 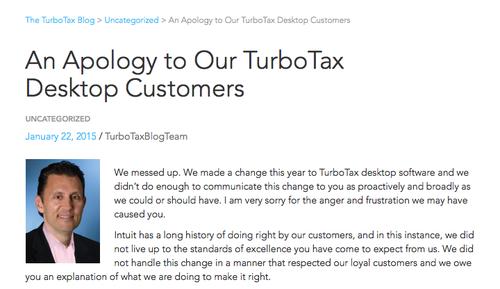 A Deal’s a Deal

Tax time never puts anyone in a good mood, so imagine how infuriated TurboTax customers were when they found Intuit had removed schedules C, D and E from its “Deluxe” downloads and CD offering, charged the same price, and then required an upgrade to get the missing forms. Customers savaged Turbo Tax on its Amazon page, as competitors like H&R Block swooped. After holding firm, Intuit caved with a public mea culpa and free upgrades.

Consumers were more excited about searching “iPad 2 deals,” as Apple cut the price tag below even its holiday offerings. iPads sales have been pummeled by lower-priced Android tablets and larger-screen phones (including Apple’s own), but Apple can take the hit: Quarterly earnings reports reveal that the company is now the most profitable company in history. By oodles.

No such luck for SkyMall: Smack in the middle of its 25th anniversary celebrations, the airline catalog magazine filed for bankruptcy, a move that revives scrutiny over the shady “pump and dump” dealings of current owner Xhibit Corp. So far, SkyMall’s site declares, “There are changes in the air” (in the air — get it?), “but we’re still here!” Let’s hope it sticks around long enough to start selling the Microsoft HoloLens. 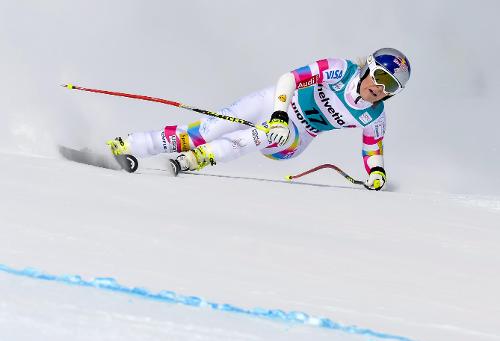 While social media and searches were arguing over how offensive it was for an old codger to ask a world-ranked female tennis player to “give us a twirl,” women were busy chasing world records:

By the way, Eugenie Bouchard herself was more amused then offended by #twirlgate. “An old guy asking you to twirl, it was funny,” she said about interviewer Ian Cohen’s request. “I’m fine with being asked to twirl if they ask the guys to flex their muscles.” C’mon Bouchard, that’s just a setup for another #deflategate controversy.