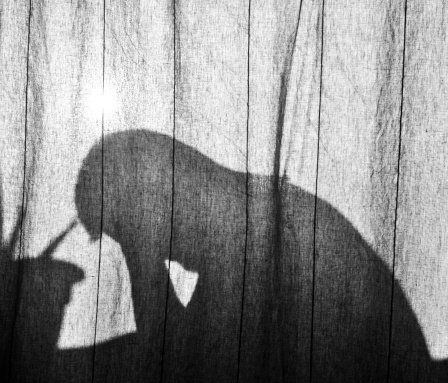 Controversy over the boundaries of grief

How much is too much grief? And how long do you wait before you decide?

Among all the changes in the fifth version of the Diagnostic and Statistical Manual of Mental Disorders (DSM-5), the most controversial may have been removing the so-called “bereavement exclusion.” The proposal galvanized what the New York Times dubbed a “bitter skirmish” over what depression means, inspired petitions, and roused a former DSM-IV task force chair to call its removal a “dreadful mistake that flies in the face of clinical common sense.”

Acrimony aside, most in the debate agree that you can’t put a clock on sorrow. There’s little argument that grief and major depression are two different things, and that grief lessens its intensity over time while major depression is a recurring disorder.

Where people diverge reflects more fundamental worries: Does psychology pathologize grief? Can our fears about death itself turn a blind eye to mental illness? One side worries about an overdiagnosed culture, where prescription meds trump the body’s own healing processes. The other laments the stigma that accompanies mental illness diagnoses. And underlying these wars is the fear that drugmakers are waiting in the wings to capitalize on opportunities — well-intentioned or otherwise — to numb our pains.

In the 1970s, Paula J. Clayton studied bereaved widows and widowers. In some cases, she compared their mourning with patients hospitalized with depression. The bereavement symptoms overlapped with symptoms of depression—insomnia, sadness, loss of interest in normal activities, trouble concentrating. She also found distinctive differences between bereaved mourners and hospitalized depressives, such as suicidal ideation and a sense of worthlessness. Clayton, on the DSM-III task force, recommended that patients going through ordinary grief be excluded from a diagnosis of depression.

Over the years, that hands-off period has been whittled down from one year to two weeks. Sid Zisook, professor of psychiatry at the University of California at San Diego and a member of the American Psychological Association panel that decided against the bereavement exclusion, has long argued that it didn’t make sense to exclude mourners from diagnoses, especially when studies show that grief from other kinds of traumatic events is similar to mourning.

“If you’re going through a divorce, if you happen to be in the marathon two days ago and almost got your legs blown off, if you lose your job—any of those situations are every bit as likely to lead to depressive symptoms,” Zisook tells Yahoo! News. “Research data suggests that bereavement shouldn’t be singled out.”

His panel instead put forth their reasoning in a fact sheet for major depression disorder (MDD): “By advising clinicians not to diagnose depression in recently bereaved individuals, the DSM-IV bereavement exclusion suggested that grief somehow protected someone from major depression.”

One of the studies Zisook cites was conducted by Jerome Wakefield, a New York University professor of psychiatry and author of “Loss of Sadness.” Same study, opposing conclusion: For one thing, Wakefield tells Yahoo, anyone who fit the MDD profile—including the recently bereaved—by definition wouldn’t fall under the bereavement exclusion. The exclusion was only meant to give breathing room to mourners, people with “uncomplicated” grief—not for people with suicidal thoughts, psychotic ideation, a sense of worthlessness.

Wakefield also takes the opposite tack about dealing with people grieving after a traumatic experience. “If they have these uncomplicated symptoms, they too should be excluded,” Wakefield says. “These other people are normal, they’re probably going to have a transient thing, they should be excluded” from diagnosis.

Grieving period
The time—two weeks—has been a lightning rod. Zisook argues the very idea of a waiting period—be it a year or two weeks—led inexperienced clinicians or counselors to use the exclusion incorrectly.

Wakefield stands by research that sees intense grief resolve itself within six months. His three-year follow-up study found that people with normal grief symptoms had similar rates of depression or suicide attempts as the general population.

Among those who disagree with the APA’s move is Allen Frances, the DSM-IV task force chair who has frequently gone on public record decrying the direction that the DSM-5 has gone. He singled out what he calls the “medicalization of grief” in a January article: “After 40 years and lots of clinical experience, I can’t distinguish at two weeks between the symptoms of normal grief and the symptoms of mild depression-and I challenge anyone else to do so. This is an inherently unreliable distinction. And I know damn well that primary care doctors can’t do it in a seven-minute visit.”

Questioning psychiatric boundaries
In the end, Zisook points out, the DSM is not a treatment guide, but a manual to create a diagnostic system that makes sense. Underlying his motives, however, is removing the stigma that can hamper the willingness to make diagnoses. “If I can remove a major roadblock in diagnosing MMD, I’m satisfied,” he says. “The bereavement exclusion may be a subtle roadblock.”

What Wakefield worries about is the direction psychiatry is going. “It’s not doing anyone any favors to massively pathologize the world at large,” he says. “It’s leading to a culture that narrows the world of human eccentricity and intensity of emotion.” And just because the exclusion isn’t on paper, he says the fight isn’t over.