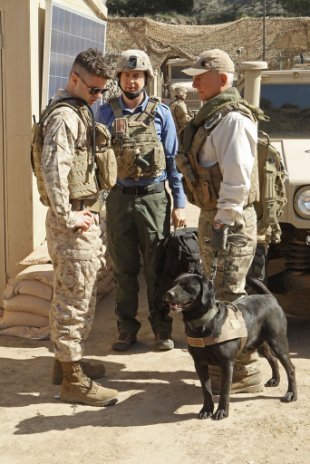 With troops finally being withdrawn from Afghanistan and Iraq, there has been what Fox News has called a “militainment” surge on TV and in movies. Yet since 2001, only a handful of primetime shows have revolved around the military: “The Unit,” “J.A.G.,” “Generation Kill,” “24,” “Army Wives,” and “Homeland”), plus a few reality programs (“Combat Missions,” “Stars and Stripes,” and whatever’s on Discovery’s Military Channel).

Debuting Sept. 23, 2003, during the Bush era and the war on terror, “NCIS” has been one of the few shows to feature men and women in uniform during primetime, week after week.

Ask executive producer Gary Glasberg about its place among military shows, though, and he will say it’s unique. “It’s a combination of humor and suspense and action and pathos, and all of these elements come together in a way that the other shows … don’t do,” says Glasberg, who looks to shows like “M*A*S*H” and “The West Wing” for inspiration. “To me, that’s what makes it accessible and opens up to a broader audience.”

“If you look at our show, it became more character driven,” says Leon Carroll, a former NCIS agent and the show’s consultant since day one. “We don’t do uniforms in our show that much, and you see them even less on [spinoff] ‘NCIS: Los Angeles.'” The show has adapted a successful military model: “The military tends not to emphasize individuals, they tend to emphasize teamwork.”

The longevity of “NCIS” may lie less in its military focus than in its criminal diversity. The civilian federal agency’s real-life investigations run the gamut from white-collar crimes to counterintelligence operations. Storylines can come from calls to the secretary of the Navy, interviews with female Marines, and chats with military families who visit the set. Some of the show’s scripts could have easily landed in the inbox for “Law & Order” or “Monk.” Serial-killer plots steer clear of the torture-porn of a “Criminal Minds” or “Hannibal.”

While it may not be “The Office,” “NCIS” is as much a workplace show as it is about murder investigations. Its formula is more akin to that of “Bones,” the Fox show about a team of forensic anthropologists working on FBI cases. Camaraderie, banter, pranks, and goofy eccentricities galore (like Abby Sciuto, the Goth forensic expert who owns a stuffed farting hippo called Bert) balance out grittier themes like PTSD, weapons trafficking, and religious or sexual intolerance. The Wall Street Journal called the show’s humor “rather tame,” but it translates in 200 international markets. 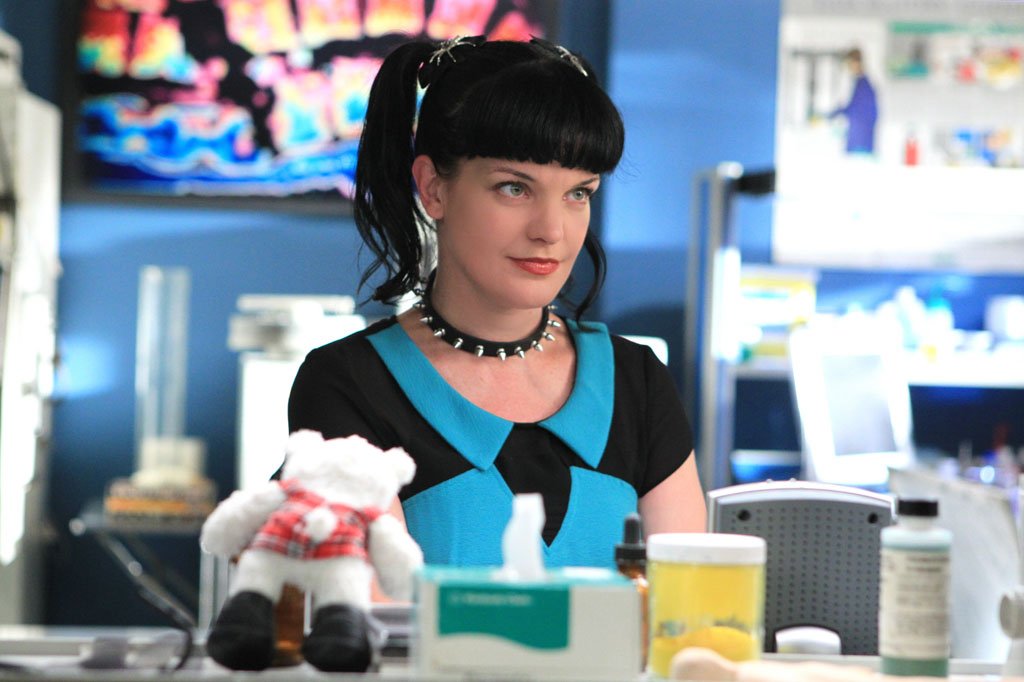 And how ordinary their main characters and guest actors can be, and still pull off extraordinary acts of heroism or villainy in a day’s work, may be what ultimately draws audiences. “These are people with kids that go to school and families, and this is the job that they do every day,” Glasberg says. “Part of what drives them is a genuine desire and belief in serving their country, and that’s where the patriotism really does come in.”

NEXT: Find out how the show was revamped after Season 1 and who’s stopping by for the tenth-season finale?

When the show celebrated its 200th episode last season, star Mark Harmon attributed its success to being “a show that wasn’t good enough to get all that noticed and wasn’t bad enough to get canceled.”

That breathing room gave it time to revamp. The Australian (yes, it’s No. 1 in Australian) has called its run remarkable, especially since the show started out “uneasily” with “stilted” character interactions. “But the cast pulled it off by slowly embracing the corniness and deadpanning the military cop theme and melodrama,” the article notes. “The show has grown funnier, quirkier and more confident season by season; now it’s far less like a square crime drama and more of a satisfyingly grown-up TV comedy for an ageing audience.”

Neither rank nor friendship — nor being a fan favorite — protects you: Characters like NCIS director Jenny Shepherd (Lauren Holly) and former agent and Gibbs mentor Mike Franks (Muse Watson) have suffered violent endings. And that renegade who killed agent Todd was killed by his own half-sister, Ziva David (Cote de Pablo), who later became part of the team.

In this past season, her father — the head of Mossad and David’s father — was assassinated in a machine-gun assault that also killed Jackie (Paula Newsome), the mother of two and wife of the NCIS director, Leon Vance (Rocky Carroll). “I don’t necessarily see that as ruthless,” Glasberg says of the death count. “I have no problems coming up with stuff that keeps audiences on their toes.” 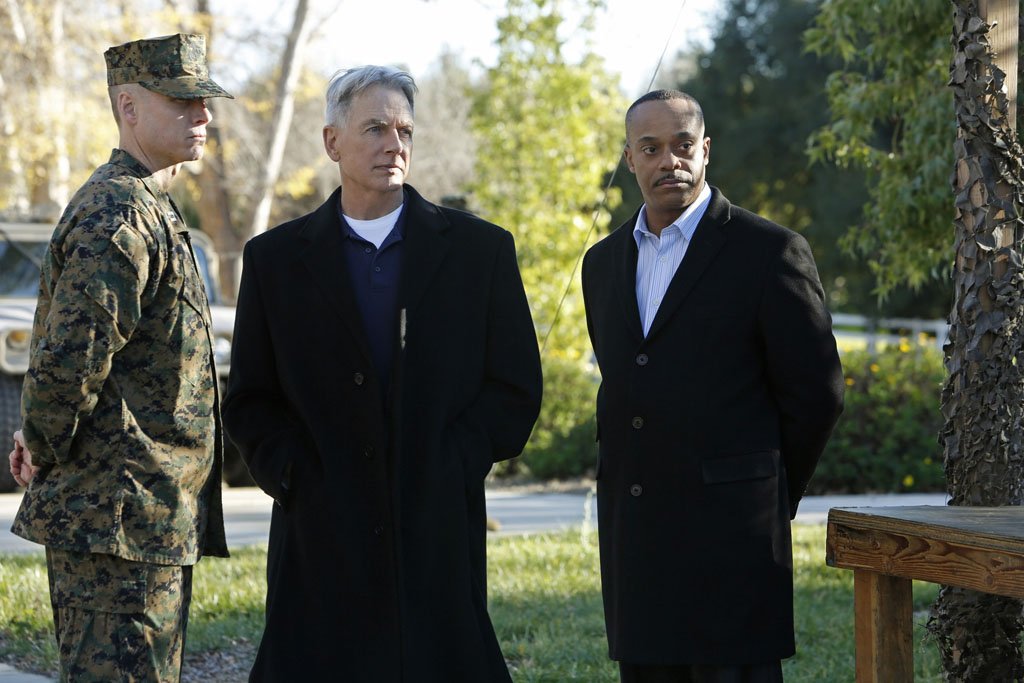 The death count, though, is one thing that does bother the congenial Carroll. “We’ve had agents in shootings and we’ve had agents who have been attacked in interrogations, but we’ve never had any fatalities as a result of that,” says Carroll. “The show has, obviously, killed off more agents than you can count. And actually, there have been times when I said something to Gary when they were going to kill more.” Carroll has been able to save a few fictional lives.

Season finale sneak peek: Blasts from the past

Given its track record, who’s imperiled? “I’m very excited about this season ender,” Glasberg confides to Yahoo! TV. “Last year we had a huge cliffhanger with an explosion at the Navy Yard and Ducky with his heart attack.” The manhunt for Ilan Bodnar (Oded Fehr) — the renegade Mossad agent who masterminded his boss’s assassination — just ended with his being tossed off a ship by his vengeful daughter. 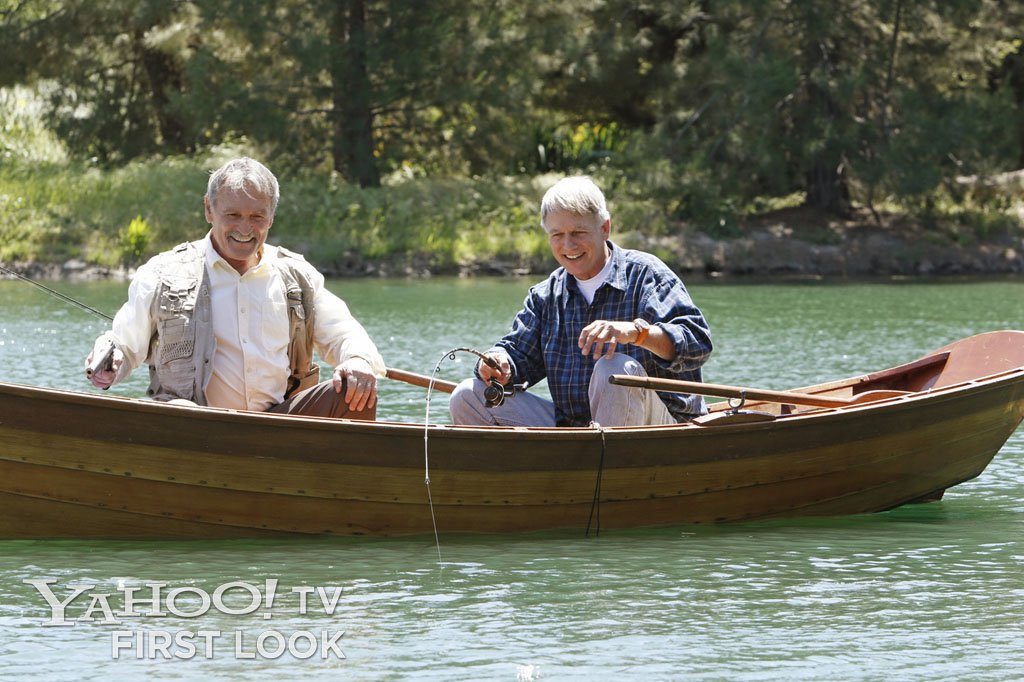 For die-hard “NCIS” fans, Jackson will be a familiar figure from the show’s predecessor as military attorney Albert Jethro “A.J.” Chegwidden. “I wanted to bring back a JAG,” Glasberg says. “It’s a nice reunion, and it’s very tense and, I hope, suspenseful for people and drives all the way to the finale and teases when we come back, so I’m excited about it.”

And in typical “NCIS” fashion, there will be peculiar twists like the return of Muse Watson as Gibbs’s conscience. “There are a couple of bizarre scenes that I’ve written that the actors are having fun with. That will be in a finale.”

And will agents DiNozzo and David? “Part of the fun is keeping that tease alive,” Glasberg says. “Who’s to say where we’re going with Tony and Ziva, but it’s certainly fun getting there.”

Watch a clip from the season finale: