How does one qualify as an obsession? In the case of this top 10 list of search terms, it’s a jab-hook combo of search volume and growth. Yahoo first launched 10 Obsessions of 2010, which featured the likes of “Jersey Shore,” Facebook, bedbugs, and Stieg Larsson’s “The Girl” thrillers. And then the obsessions list got, well, all-consuming. After all, how else to explain 2011’s fascination with the Rapture, Tiger Mom, and planking? Or the 2012 addiction to Mega Millions lotteries, Honey Boo Boo, and “Gangnam Style”? And selfies and twerking and zombies in 2013? Sorry, we got a little carried away. Here’s what people couldn’t stop looking up in 2014. 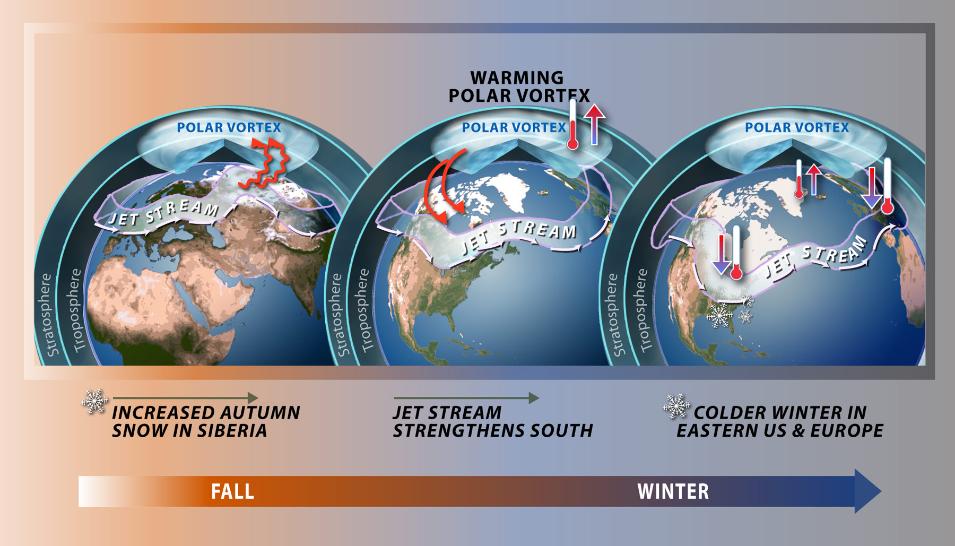 A liberal plot from climate-change apologists? That was radio personality Rush Limbaugh’s take in January, after an Arctic sweep led to record-low temperatures from Wisconsin to Florida. The term ” polar vortex” did smack of sci-fi mythology. Comedians and Twitter wags alike gleefully batted the phrase about. And, of course, these days there must be a sequel:

The polar vortex returned later in the year, although pundits pointed out that people were using the term all wrong . As far as Limbaugh’s suspicion that the the phrase was a liberal invention, The Wall Street Jounal pointed out that it goes as far back as Victorian England, when journalist John Capper wrote about a “great polar vortex” in a magazine called Household Words, edited by Charles Dickens. 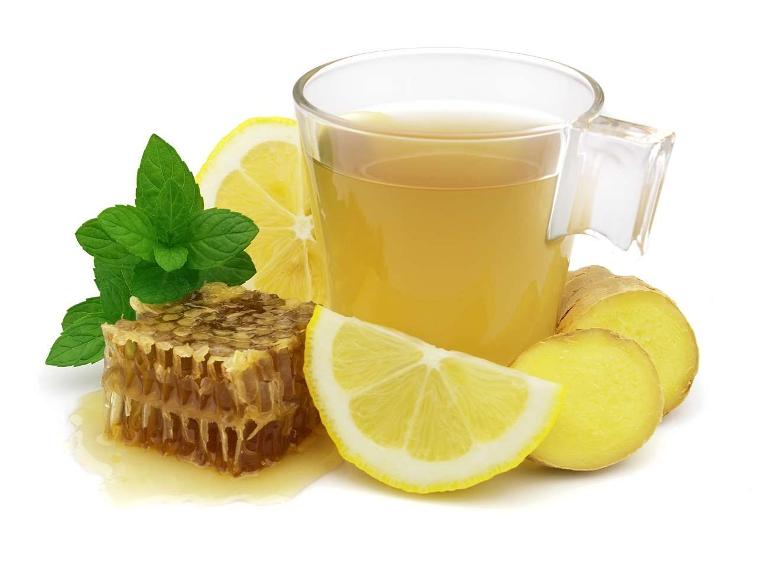 Cleanses probably go as far back as religious fasts. Beyoncé put the celebrity stamp on the Master Cleanse more than a decade ago. But by 2014, the fad has graduated to a health movement, cultural lifestyle, and big business, as people chase down everything from the classic Master to the latest Blueprint Cleanse concoction.

A diet of Michael Pollan books and fretful documentaries (notably ” Fat, Sick & Nearly Dead” (2010), starring overweight Australian Joe Cross) about our gluttonous and chemically enhanced diet have helped spur the juice revolution. Now detox drinks have spread to Middle America at neighborhood pop-up shops, supermarkets, and the local Starbucks. For serious cleanses, people invest in juicing machines like Vitamix and Ninja Blender that can macerate kale and lemons into one manageable gulp. As for Cross, he came back with a September sequel showcasing juicing success stories. 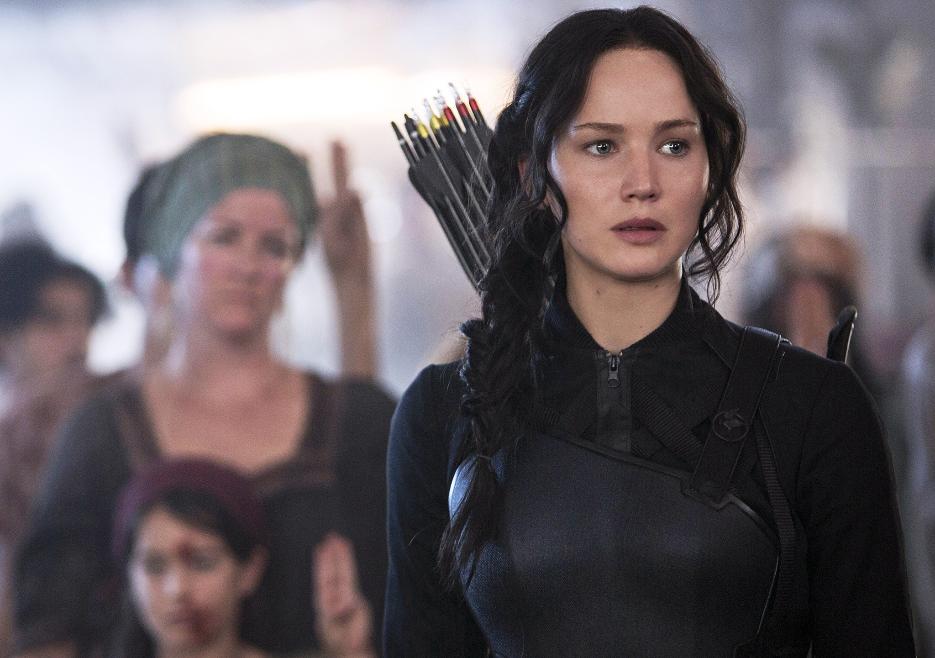 While all too scarce, heroines go back to the beginning of global cinema, from Pauline in “The Perils of Pauline” weekly serial (1914) to White Rose in the 1920s Shanghai martial-arts silents. About 100 years later, a teen archer in a dystopian world has won over audiences.

Just days after its premiere, the third installment of “The Hunger Games” joined parts one and two to dominate the action heroine charts. On Yahoo Search, the online popularity for heroine Katniss Everdeen — named after the arrowhead plant — surpassed that of the movie title itself. Of course, Oscar winner Jennifer Lawrence is the reason behind Everdeen’s appeal; the actress for the first time cracked Yahoo’s Top 10 searches. 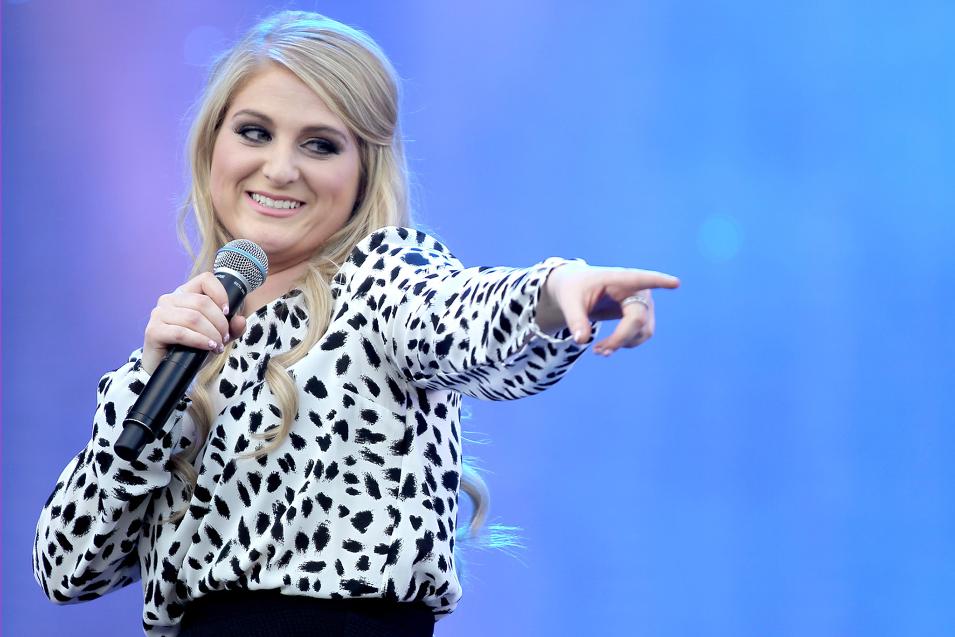 There once was a lass from Nantucket/Who decided Nashville was where her luck’s at/She then wrote a catchy tune/That nobody else but she would croon/And it got so nobody in America could duck it.

Not that people tried — they took the chart-topping bubble-gum/hip-hop/jazz/ doo-wop single (with a hint of cha-cha) from Meghan Trainor and co-writer Kevin Kadish and gleefully made a Thanksgiving parody, literally retooled it with a bass, an all-girls sci-fi film critique and an all-girls Star Wars recap. And nobody was more good-natured about her fetching single than Trainor, joking about her own body-acceptance issues and singing the children’s instrumental version with Jimmy Fallon and The Roots.

Trainor’s world pop domination was entirely planned. “I wanted to write a song, like (the Chordettes’) “Lollipop,” that the whole world is obsessed with,” she told the New York Daily News. “One of those songs that won’t leave.” Earworm unleashed. 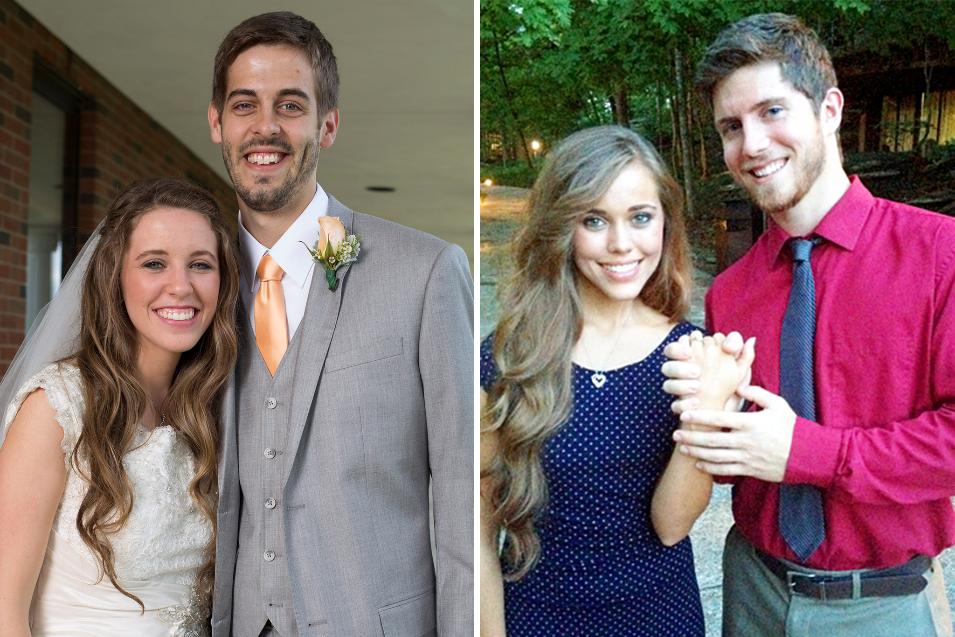 The fertility rate for the average woman in America today is 2.06 — which puts the Duggar family, of “19 Kids and Counting,” exponentially outside the norm. The Independent Baptists have been on TLC since 2008, but this year the first Duggar girls were married (eldest son Joshua married in 2008).

Jill (child No. 4) wed Derick Dillard in June (same day as their first kiss), and Jess (No. 5) married Ben Seewald five months later. Besides quick news of Jill’s pregnancy, people went online to delve into the concept of a covenant marriage.

There was notoriety as well for the family: In August, matriarch Michelle Duggar recorded a robocall characterizing a measure to protect gay and transgender people against discrimination as a loophole that would allow “males with past child predator convictions that claim they are female to have a legal right to enter private areas that are reserved for women and girls.” 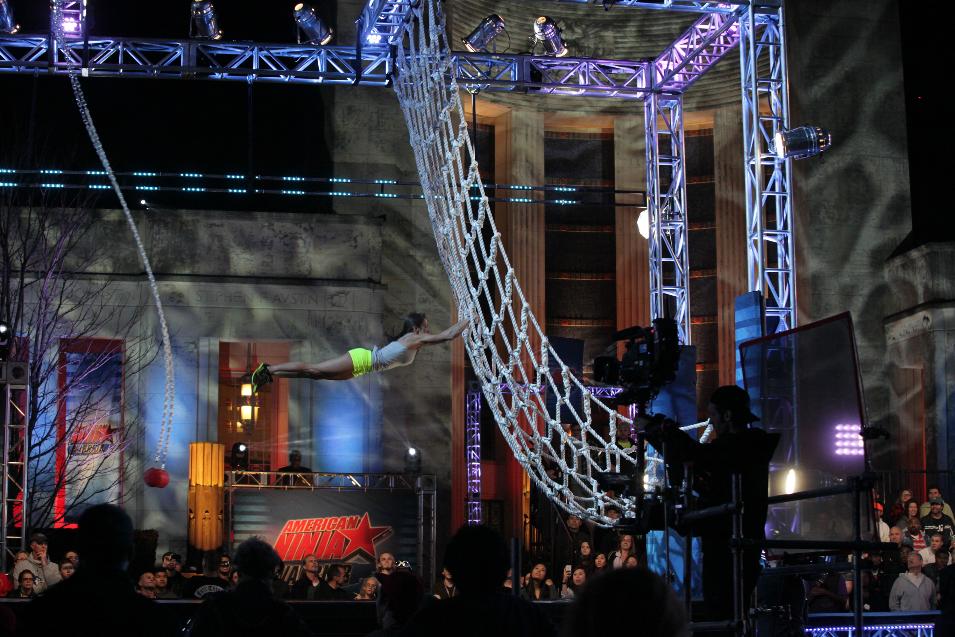 Its Japanese predecessor, Sasuke, has been around since 1997, gradually cultivating an underground following for Americans fascinated with nigh-impossible obstacle courses (and with access to the G4 cable channel). The American version debuted in 2009, but it took contender Kacy Catanzaro to whip up ANW hysteria.

The perky Jersey girl became the first woman to defeat the Warped Wall, an intimidating 14-foot contoured wall built like a curling ocean wave that requires powerful and agile legs. At 5 feet tall and 100 pounds even, the fact that Catanzaro could bulldog her way up had spectators gasping about the physics of that accomplishment.

Two other women would go on to beat the formidable qualifying course, but Catanzaro made it all the way to the finals — where she lost at the Jumping Spider. But as any Sasuke watcher knows, the short-limbed have always operated at a disadvantage, and Catanzaro was no exception, despite laments. 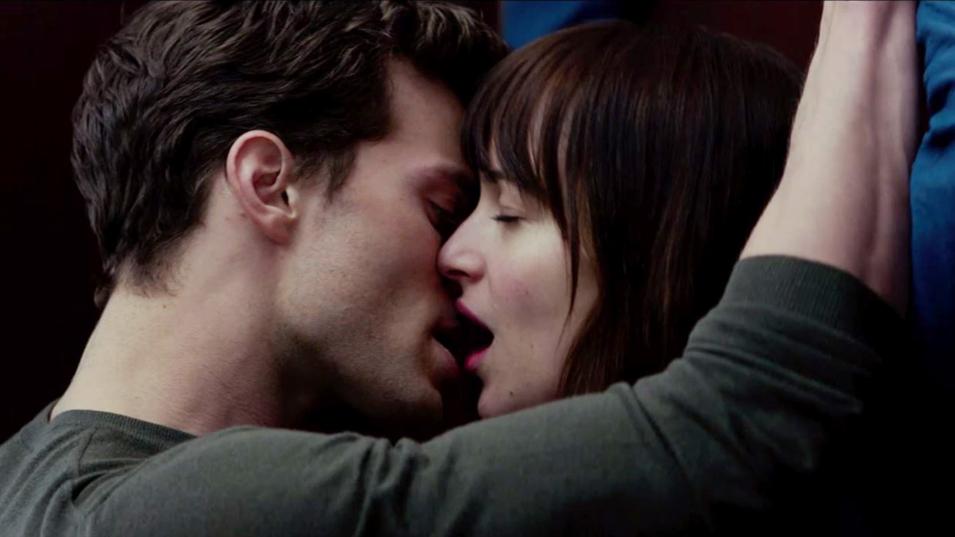 Can something that doesn’t yet exist be an obsession? Movies of sexual experimentation aren’t too common in mainstream America — you’d have to go back to James Spader and Maggie Gyllenhaal in “Secretary” (2002), Tom Cruise and Nicole Kidman in “Eyes Wide Shut” (1999), and waaaay back to Mickey Rourke and Kim Basinger in “9½ Weeks” (1986) for barely-safe-for-suburbia erotica.

All year, fans have tried to peep behind the scenes for clues on how Dakota Johnson and Jamie Dornan (the man once dubbed “the Golden Torso“) are playing ingenue Anastasia Steele and billionaire Christian Grey. And while posters and trailers have gotten expectations brimstone hot, there’s already one bit of deflating news: The Torso isn’t going full monty. 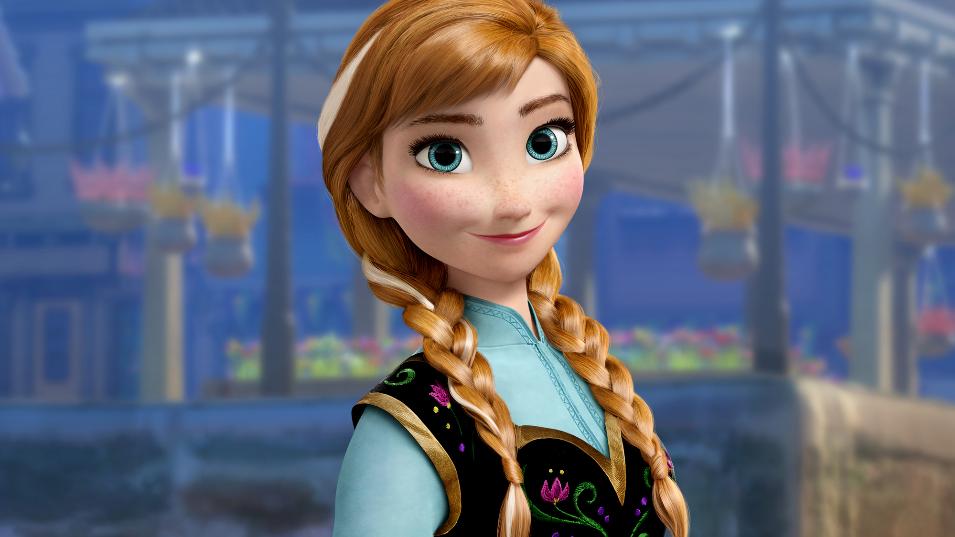 The animated picture “Frozen” makes two lists this year: It’s No. 7 on the Yahoo Top 10 Searches, which is ranked by keyword. Throw in all the other searches for the songs and characters, and you have a true appreciation for the Disney phenomenon as our No. 3 obsession.

These days, by the time a Hans Christian Andersen fairy tale ends up onscreen, it’s pretty much unrecognizable from the original (look at the happy ending tacked onto “The Little Mermaid”). Catchy songs and merchandising aside, writer and co-director Jennifer Lee was able to capture the master storyteller’s transcendent gift for understanding human perseverance in the face of adversity, the triumph of goodness, and the loyalty of affection. After struggling in the studio brainstorming process, Lee explained in a Fast Company interview, “It wasn’t until I went back to the original story and said, you know, the most exciting thing about this to me is the concept of the power of love over fear. I said, Anna represents love, and Elsa represents fear … And then once we said it, we put it up on the board, and we never let it go.” 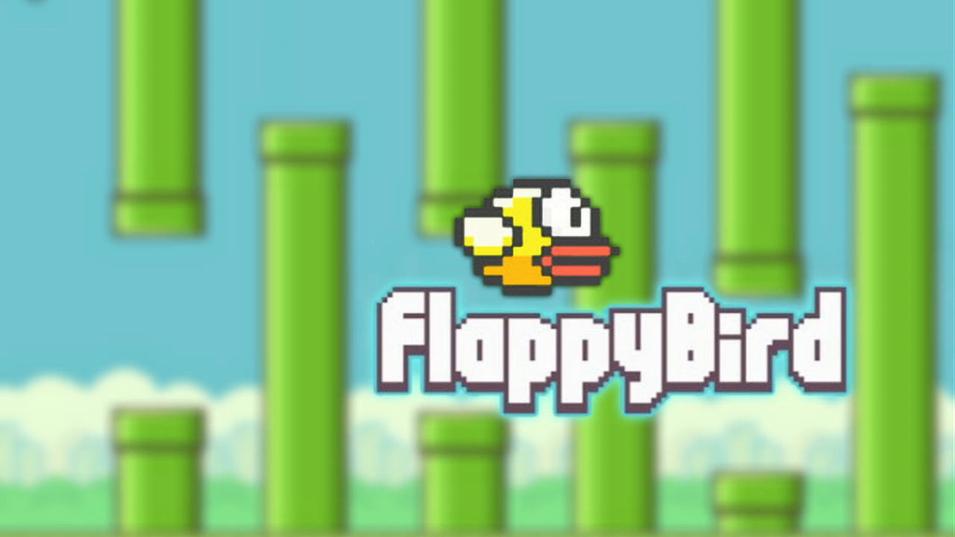 How often does a game maker take away his creation because he feels remorse over its addictiveness? That’s what Vietnamese developer Dong Nguyen did after creating Flappy Bird, whose goal is to fly a pixelated bird through pipe openings without being squished.

The game debuted in May 2013, but by Feb. 8, 2014, the simple app — which Nguyen wanted people to be able to play with one hand, the other hand ” holding the train strap” — was leading all iOS downloads. Nguyen tweeted, “I can call ‘Flappy Bird’ is a success of mine. But it also ruins my simple life. So now I hate it.” Two days later, he took the game down.

There were haters piling on accusing him of plagiarism. Mostly, it was the unbridled enthusiasm that was killing his conscience: Those emails from mothers and schoolteachers who lamented about addicted children, the unemployed who blamed Flappy Bird for their firings — all gnawed at his conscience and ruined his sleep.

Of course, as any capitalist will tell you, absence just makes the addiction more frantic (and enrages fans). Flappy Bird did return in limited form to Amazon Fire TV, but Nguyen is focusing on new games like Swing Copter, which has been called addictive — but almost too hard to play. Probably so Nguyen can sleep nights again. 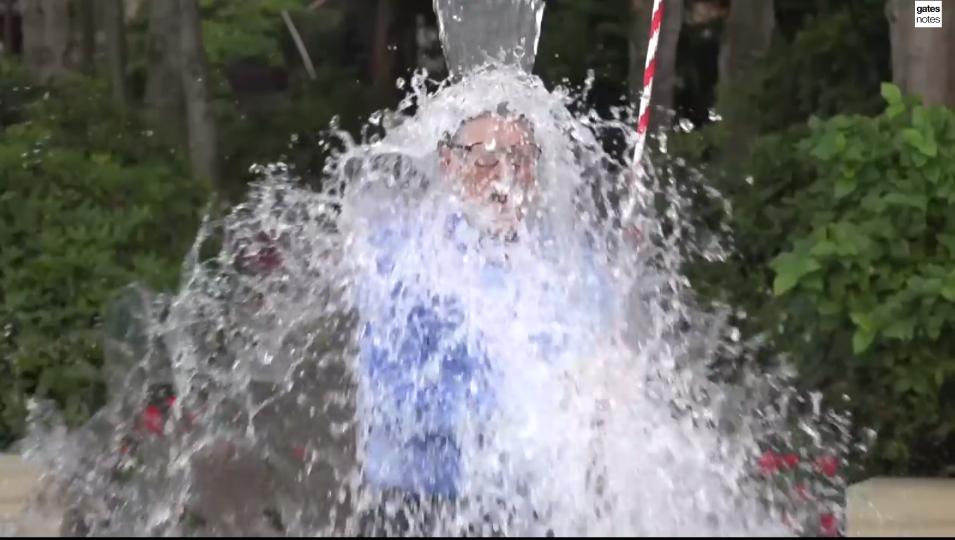 Besides getting the money, the challenge in the world of philanthropy is just alerting people that you have a cause. That’s no longer a problem for the organization devoted to researching amyotrophic lateral sclerosis, better known as Lou Gehrig’s disease.

Polar plunges have long been used to benefit causes like Special Olympics, and variants of ice bucket challenges have benefited other research. But the supersonic speed of social media (especially Facebook), the ease of recording video responses and donations, Bill Gates’ cartoon-like contraption, plus an untold number of other variables (hot summer? a depressing news cycle?) all led to the perfect ice storm to raise an astonishing $115 million for the ALS Association.

There were critics, of course, who fretted over slacktivism, narcissism-as-altruism, and charitable opportunity costs — but if one cause can benefit from such a huge windfall in so short a time, surely there’s room for others.