Since 2001, Yahoo’s annual top searches have reflected each year’s guilty pleasures (from RuneScape to Minecraft), the au courant celebutante (from Paris Hilton to Kim Kardashian), the reigning pop stars (from Britney Spears to Ariana Grande) and the major stories (from the World Trade Center attacks to Ebola). So what do a billion searches tell us about society? Besides the power of recurring archetypes (such as the female musical ingenue) and social media promotion (#BreakTheInternet), the list captures the cultural mood, political concerns, and technological advances of our time. Dig deep enough, and you’ll see a fast-moving narrative of shifting norms. Check out the repeat visitors, new faces, and big issues on our 2014 list. And don’t forget to check out our list of top 10 news stories and the year’s obsessions. 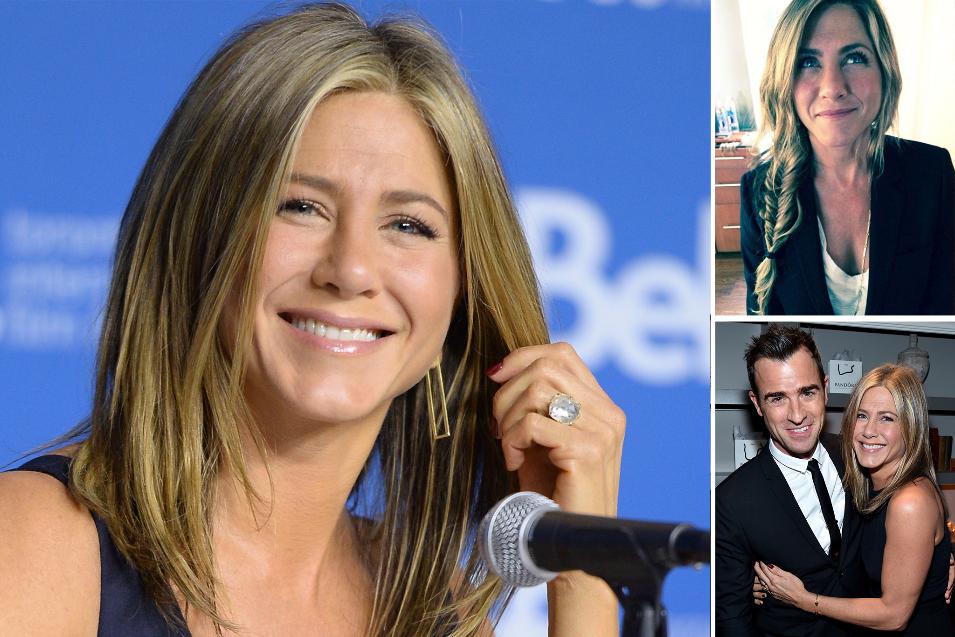 Is she pregnant? Is she still engaged? Is she taking confidence lessons so she can face her ex? And what about that fishtail braid? The fan following for Hollywood’s favorite divorcee went into high gear with fervent rumors of the 45-year-old actress’s pregnancy and possible wedding dates. After many high-profile romances , fans have been antsy that her two-year engagement with “Wanderlust” co-star Justin Theroux won’t end with a walk down the aisle. In a year when high-profile couples like George Clooney and human-rights lawyer Amal Alamuddin and, of course, her ex Brad Pitt and Angelina Jolie pulled off covert ceremonies, Aniston has remained mum even to pals like Ellen, who couldn’t help but try to pry a wedding date from her. And the woman whose haircuts could control mass migrations into salons still rules as a style icon: Witness the Instagram triumph when her hairstylist Chris McMillan gushed over her fishtail braid. 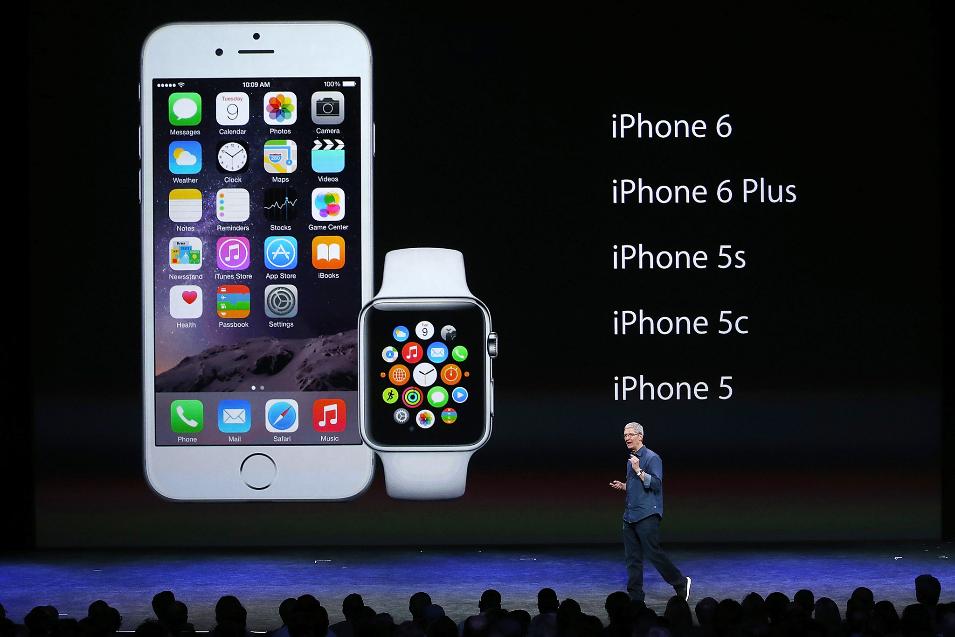 The iPhone (or the iPhone 5) has appeared among the most-searched terms in the past four out of five years on Yahoo. Instead of being old hat, the iPhone 6 — in its slim, larger forms — still got the fanboys frenzied: Demand choked up servers with a record number of preorders and befuddled spectators who thought things would’ve calmed down by now. The company’s debut of Apple Pay and HealthKit promised a revolution in the way consumers would pay and record their health data. Feeding the iPhone 6’s popularity is the most searched-for gadget that doesn’t even exist yet: the Apple Watch. But Apple wouldn’t be Apple without an overwrought reaction to its failings, like the “death grip” scandal in 2010. This time, one time-honored hipster trend — skinny jeans — appeared to threaten the very integrity of the iPhone 6: Was sexy sleekness actually a design flaw? Or maybe it’s just not smart to put expensive electronic gadgets in tight jeans? Stay tuned for next year’s drama. 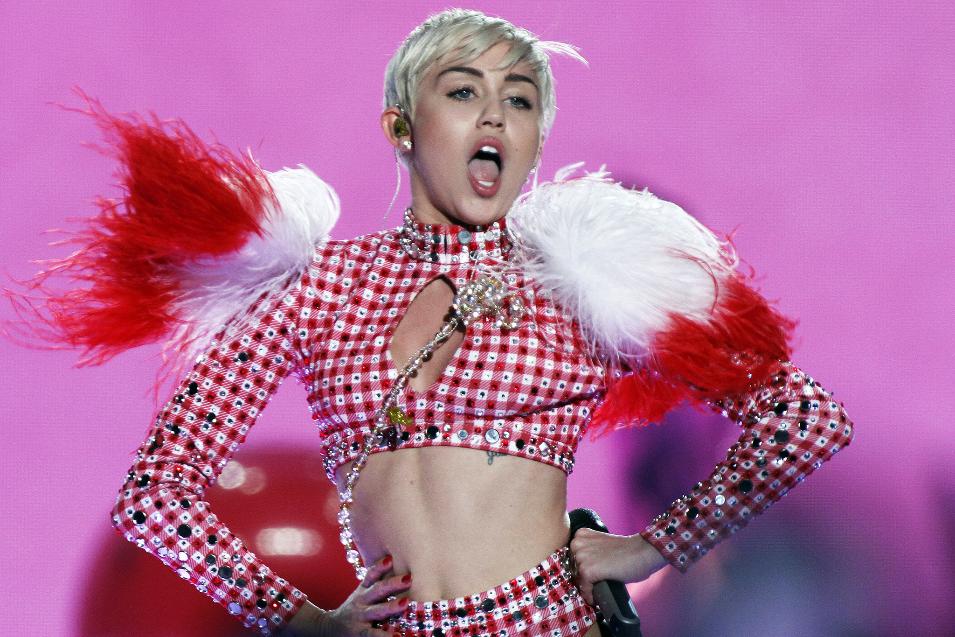 When Miley Cyrus made No. 4 in 2008, she was still Hannah Montana to many and cared enough to maintain that wholesome image to apologize for the Vanity Fair tousled bed shot, in which she seemed to be topless. Cyrus has slipped in and out since then, returning in 2010 and topping the Search chart in 2013, with a bottoms-up, in-your-face attitude. All things considered, 2014 has been relatively quiet — at least quiet for Cyrus, who spent the year cavorting on her “Bangerz” tour; doing multiple topless or nude magazine spreads; and canoodling with her current beau, Patrick Schwarzenegger. But it was another death hoax (which have misnamed personalities like Nancy Reagan, Sylvester Stallone, and Mary Tyler Moore) that triggered a flurry of look-ups. 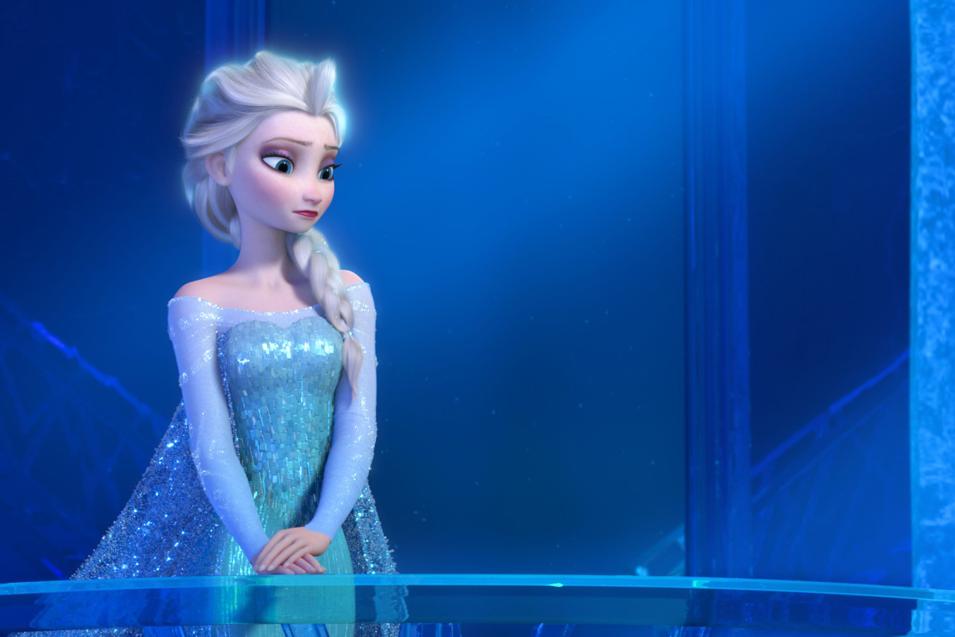 While all things Disney are basically gargantuan in scope, “Frozen” has become an outsized success, even by the mouse’s standards. Inspired by old reliable Hans Christian Andersen’s “The Snow Queen,” the animated movie premiered Nov. 19, 2013, and in short order became a global triumph. Accolades like its Oscars for Best Animated Picture and Best Original Song were almost beside the point. On release day, it bypassed the billion-dollar mark, breaking all sorts of records, including being one of the highest-grossing films with a female director at the helm (Jennifer Lee, who wrote and co-directed the film with Chris Buck). Peel back the numbers, however, to hone in on the reason for its success: a catchy soundtrack that has obsessed America’s youth by husband-and-wife team Robert Lopez and Kristen Anderson-Lopez. The storyline of two princess sisters focuses the conflict on fear rather than villainy — similar to the shift in “Maleficent.” Most of all, its modern, funny tone befits the times yet taps into the classic Disney sensibility. 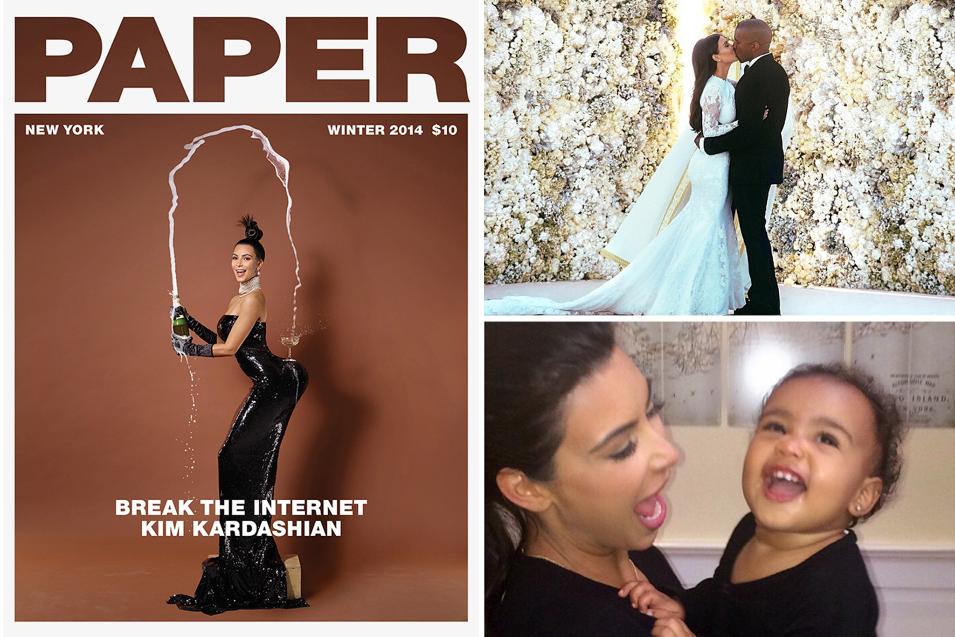 Did Kim Kardashian break the Internet? Not quite. Kardashian first debuted on the Yahoo Top 10 in 2009 at No. 8 , taking the celebutante crown from Paris Hilton. She persisted, becoming the most-searched person in 2012 thanks to her ongoing divorce saga with Brooklyn Nets forward Kris Humphries and high-profile relationship with hip-hop singer Kanye West . Kardashian dropped from her No. 2 spot in 2013. Truth be told, despite her Italian wedding, continued empire-building, and maternal instincts on display, it was that posterior cover shot on Paper magazine — with much more inside — that likely kept her on this list. Then again, this is social media’s poster child and champion, the non-celebrity super-celebrity with a Buddhist attitude about her public persona and the range of feedback she gets. For those who actually read the Paper interview, she made this quite clear. “You just have to not care. You just have to say, ‘This is our life, and it is what it is.’” Indifference, on perpetual glorious display. 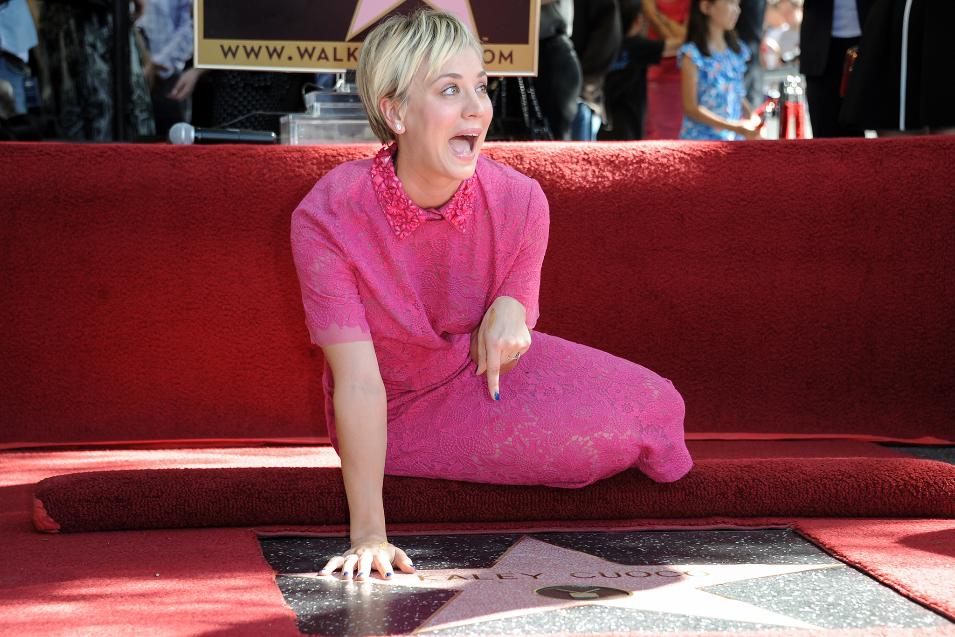 The TV veteran (“8 Simple Rules,” “Charmed,” “The Big Bang Theory”) started off the year as a happily married woman, giddy even over her hyphenated surname Cuoco-Sweeting in official TV credits. While domestic life was taking off, so did her career: Like her “Big Bang” co-stars Jim Parsons and Johnny Galecki, she signed a three-year contract that included a pay bump to $1 mil per episode — putting Cuoco-Sweeting in the ranks of Paul Reiser and Helen Hunt (“Mad About You”), Jerry Seinfeld, and the cast of “Friends.” Other kudos: The actress was voted a People’s Choice Award favorite, and she received star No. 2,532 on the Hollywood Walk of Fame in October. (Her wish that it be placed near her TV dad — the late John Ritter — was granted.) But, in the Internet Age, the true measure of fame may be how much digital ink one can engender on outlandish rumors — like divorce rumors and a rumored reliance on matchmaking mediums — and a new haircut. And, of course, perhaps the greatest notch on her belt of all: besting Kim Kardashian to make No. 5 on Yahoo’s most-searched terms of 2014. 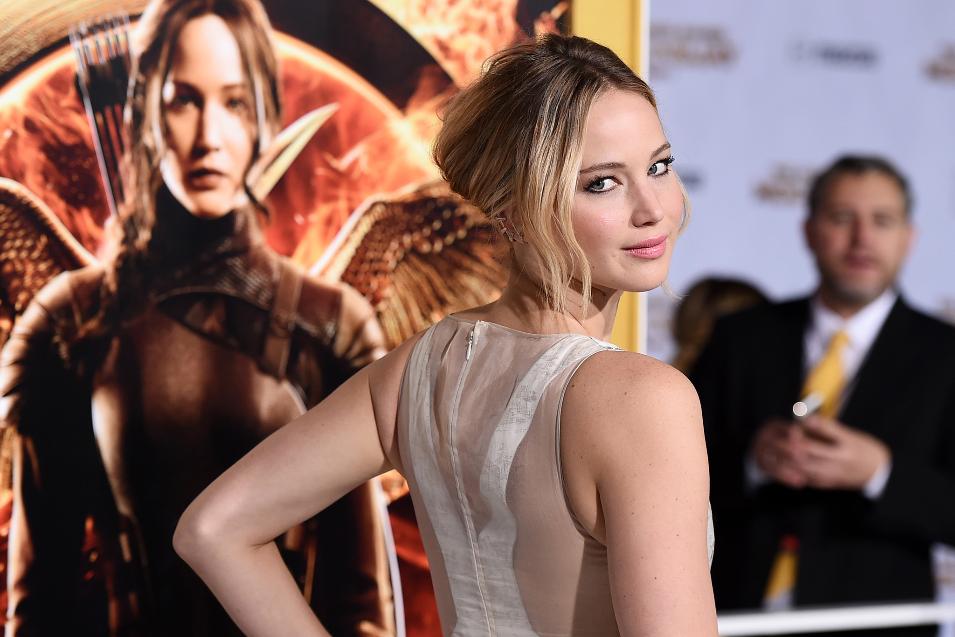 It’s hard to fathom that the actress won’t hit the quarter-century mark until next year. Yet her onscreen performances have already spanned a wide swath of characters: the grim-faced Ozark teenager; a mutant supervillain; a widowed neurotic; a forsaken wife. Her biggest commercial triumph has been as Katniss Everdeen in ” The Hunger Games,” in which she officially became the highest-grossing action heroine in Hollywood history. But Lawrence, known more for pranks than offscreen dramas, became caught up in the iCloud hacking that released private celebrity photos. In a Vanity Fair interview, the outraged Lawrence defended her right to privacy (“It’s my body, and it should be my choice, and the fact that it is not my choice is absolutely disgusting”) and accused those who looked at the hacked photos — including friends — as “perpetuating a sexual offense.” 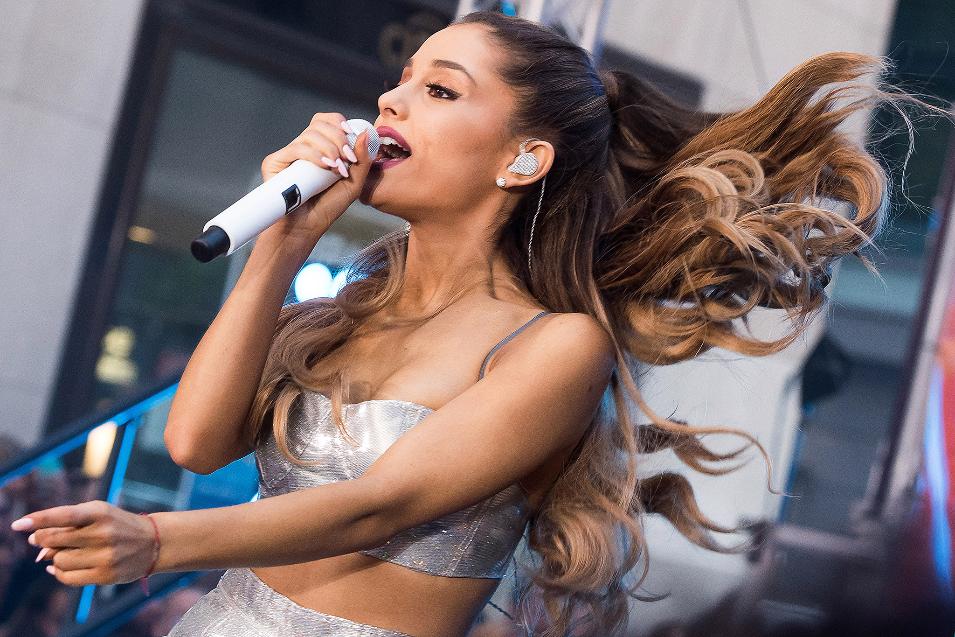 The former Nickelodeon star owned the summer. Grande scored some Billboard cred with her debut albums in 2013, but her sophomore effort, “My Everything,” also impressed the Brits, officially making her an international star: The simultaneous Top 10 success of “Problem,” “Break Free” and “Bang Bang” put her in Adele territory with three concurrent top 10 hits . Even before that August release, Grande was dubbed the People’s Choice Awards’ Favorite Breakout Artist and got not one but two invites to the White House. Besides comparisons to Mariah Carey, critics praise Grande’s voice as a notable notch above manufactured teen pop, with a style that can skim musical periods. And the only comparisons to Miley Cyrus — and other child pop stars before her — is how carefully she skirts the shock factor while still shedding her Nickelodeon persona. Not everyone agrees — but even megastar Bette Midler backed off criticisms of Grande’s hypersexuality as the two patched things up on Twitter. 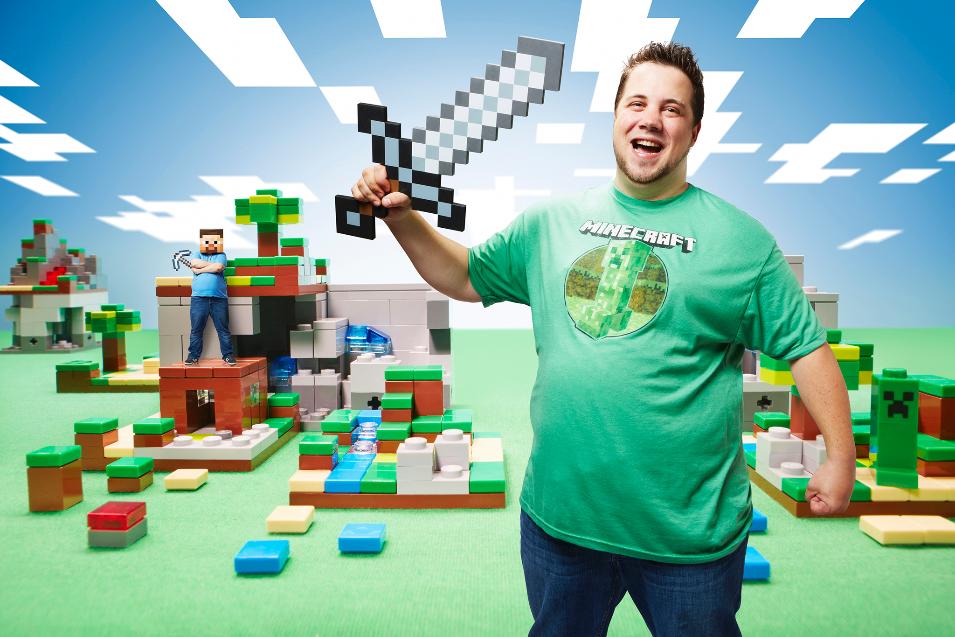 Jumping from the No. 4 spot in 2013 to second place, Minecraft dominated online searches for its mods, skins, packs, and other elements to recreate worlds, block by block. A valentine came for creator Markus Persson on Feb. 25, when he tweeted, “We’ve reached 100 million registered users on the original Minecraft.” Players got even more block-shattering news in September, when Microsoft announced its acquisition of the massively successful franchise. Even as Minecraft has been celebrated as art, courtesy of an exhibit at London’s Tate Museum, its success has concerned some ardent fans who fear that its soul has been co-opted by salesmanship. 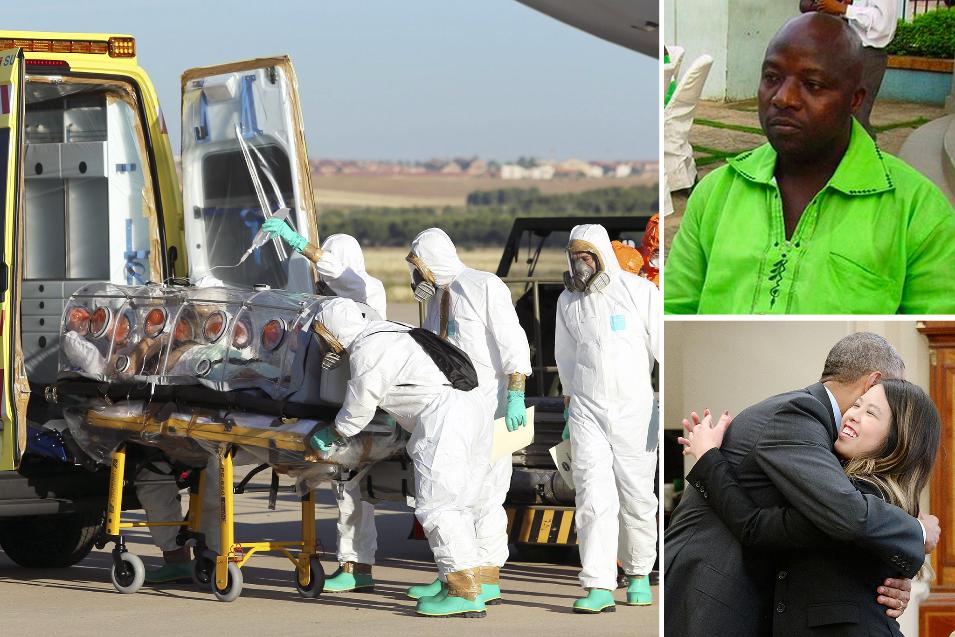 Ebola was a cataclysmic catch-all. The disease carried all the tropes of every apocalyptic horror movie. The epidemic overwhelmed the poor health infrastructures in Liberia, Guinea, and Sierra Leone, leaving more than 3,000 dead. In America, the death count was two, but facts didn’t tamp down the hysteria and election-year outcries for travel bans. The deadly fever had inflamed the country’s other fears: unchecked immigration, failed bureaucracy, sequestration fallout, and — perhaps most fundamentally — individual rights versus the common good. Cruel hoaxes (lies about infected Texas kindergartners, chocolate supplies, and even Texas turkeys) fed the online scare. Global fingerpointing tainted hitherto respected institutions like the World Health Organization — and exposed how wealthy countries cut back their contributions there. Fearmongering aside, the victims in the United States and Africa sparked genuine concern. By November, Americans had donated $7.3 million to the Red Cross and $21 million to Doctors Without Borders and corporations have begun stepping in.