But it’s another number—$640,000,000—that’s creating a feeding frenzy among ticket buyers hoping for a shot at that historic Mega Millions jackpot. (Heck, even a gorilla is playing.) The bounty crushes the previous record of $390 million. Then again, that 2007 number came when only a dozen states got to play. Now 42 states plus Washington, D.C., and the Virgin Islands are participating, which makes the bounty huge but the 1-in-176-million odds inconceivably long.

A teachable math moment. Eight out of 10 conversations this week: “Did you know that you have more of a chance of X than of winning the lottery?” Yes, the glee surrounding the impossible odds has been as heady as the fantasy of winning itself. And people tend to put these odds in mighty grim terms, tallied by Dakota Wesleyan University (Mitchell, S.D.) mathematics department chair Mike Catalano:

But why be so discouraging? Instead, how about being inspired by equally distant but cheerier odds? For instance, your chance of becoming president (1 in 10,000,000) is better than winning the lottery, so go for the Oval Office. (The president, incidentally, does not plan to buy, despite his good history with long shots.)

Who plays: Lottery foes feel the contest feeds on the hopes of people who can’t afford to spend even a dollar on a dream. Fox News cited a study:

A 2008 study from Journal of Risk and Uncertainty explained that households earning under $13,000 per year spend about 9 percent of their income on lottery tickets on average, or around $645 a year.

But make the bait juicy enough, and the dreamer pool gets that much bigger, according to professor Philip Cook, co-author of “Selling Hope: State Lotteries in America.” Cook confirmed that dreamers come out when the bait is big.

If the odds are so bad, why do people play? Typically, the poor and less-educated are the ones who play the scratch games and other games of chance. But big and highly visible lotteries, such as Mega Millions, draw people from across all socioeconomic groups, Cook says. Some of the allure is to be part of a national event. “Part of it is just our tendency to be optimistic and to dream,” he adds.

And that dreaming is what people have been talking—and tweeting—about for days.

Tax season realities: As people buried in forms know, even if the magical lottery Valkyrie grants you your millions, you don’t get it all. A lump sum payoff after taxes is around $359 million or even less, depending on what part of the loot your home state gets.

Out of the game: states that don’t play. Since we’re all about the math, if 42 states are participating, that means eight states are watching bemused from the sidelines: Alabama, Alaska, Hawaii, Missippi, Nevada, Utah, and Wyoming. (Yes, your odds of winning money are better in Nevada.) They might regret standing above the fray this time: The Christian Science Monitor (CSM) points out that the only guaranteed winners are the states, which get 35% of revenues. That’s not counting the tax windfall for the state that houses the winner. Revenue of course goes towards government services, such as schools and scholarships. Unfortunately, unless the winner decides to buy a public school, the state cut isn’t big enough to fund services: For instance, the cut for Illinois covered only 8% of school funding in 2009.

Mega Millions, good and bad: The lottery, originally Big Games, expanded to become Mega Millions in 2002. Oddly, the last prize of $68 million in its inaugural year has not been claimed. That’s a tip: Check if you have won. ABC News Blogs and the Associated Press offer others, such as signing your ticket (in case you misplace it, so some angelic Samaritan can return it to you) and getting a professional financial team when you do win.

Speaking of winners, there’s an I-told-you side that resurfaces whenever we talk about unhappy lottery winners, such as Jack Whittaker who won the Powerball payout of almost $315 million. His grief, as detailed by AP:

It’s certainly a natural desire to help relatives in need and take care of future generations. But use extreme caution when giving out your money. Jack Whittaker, a West Virginia contractor who won a nearly $315 million Powerball jackpot in 2002, quickly fell victim to scandals, lawsuits and personal setbacks. His foundation spent $23 million building two churches, and he’s been involved in hundreds of legal actions. “If you win, just don’t give any money away, because the more money you give away, the more they want you to give. And once you start giving it away, everybody will label you an easy touch and be right there after you. And that includes everybody,” Whittaker said five years ago.

One more piece of advice: Once you win, get off the public dole. Makes you mighty unpopular, otherwise.

OK, OK, I know the odds. Can I still buy a ticket? Stand in line. Yes, the drawing’s not until 11 p.m. ET, 8 p.m. PT. One report claims you can buy tickets up to 15 minutes before the draw, but check with the store first. 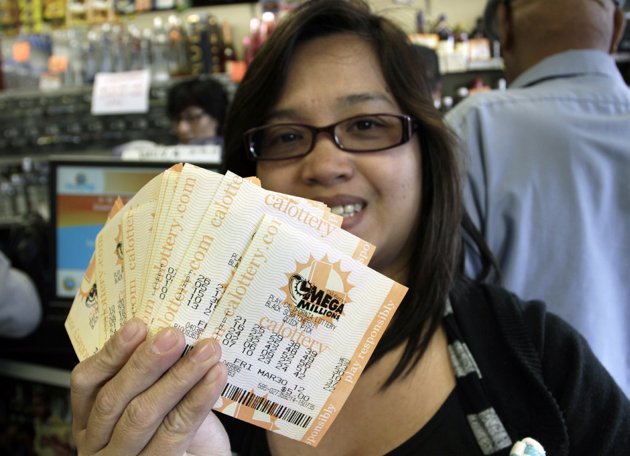