Pink slime—as some call it, but known in the meat industry as lean finely textured beef—isn’t illegal or even new. What the ruckus about it reveals is the distrust consumers have about food safety, even as they become more educated. Disagreements over the degree of government intervention aside,  more state and federal laws are coming into effect now to protect and improve our food supplies (among them the Food Safety Modernization Act and the Healthy Hunger-Free Kids Act of 2010).

The latest rounds in the food fights—in the beef industry and beyond—have revived arguments over disclosure, and the trade-off between food safety and the use of chemical additives in food production. And these days, the fights are getting more heated.

[Related: Arsenic and Other Chemicals Found in Chicken]

The Upton Sinclair effect. America has kept a keen eye on the meat industry ever since “The Jungle” was published in 1906. The muckraker-author set out to expose working-class immigrants’ grinding poverty and upper class corruption. Instead, details about  spoiled meat, unsanitary conditions and bodies falling into the lard machine grossed people out so much, the Pure Food and Drug Act and the Meat Inspection Act passed within a year.

More than 100 years later, people are still trying to figure out what’s in meat, as well as in poultry, fruit, dairy and just about anything we put in our mouths. Works like “Fast-Food Nation,” “My Year of Meats,” “Food, Inc.,” “Super Size Me,” “The Ominivore’s Dilemma” and “In Defense of Food” have focused on where food comes from, how we process and deliver, and the amounts we consume. Throw in high-profile recalls, small-farm focus, multinational globalization, rise of organics, locavore movement, obesity campaign and sugar toxicity: All this has given people much to chew on.

Nearly three-quarters of consumers are more concerned about food safety than they were five years ago, according to a Deloitte 2011 Consumer Food and Product Insights Survey. This represents a jump of 8 percentage points since the same survey was conducted in 2011. (Oct 4. 2011, Sun-Sentinel)

When it comes to food, consumers value safety and affordability above all else, but their confidence in food safety is slipping, according to a new survey by the industry-backed Center for Food Integrity…. Survey results showed a [7 percent] drop in agreement with the statement: “I have access to all of the information I want about where my food comes from, how it is produced and its safety.” … CFI said this drop shows the industry is “not connecting with consumers in a way that is meaningful to them.” (Oct. 11, 2011, Food Safety News)

How a private email led to this latest food fight. Lean finely textured beef (LFTB) doesn’t sound so bad, but a microbiologist’s way with words—coupled with a celebrity chef’s outrage—caused nationwide revulsion, hamburger chains to take out full-page ads disclaiming all slime-age, and meat-processing companies’ bankruptcies and plant closures.

Microbiologist Gerald Zirnstein had intended his phrase in an email, “nasty pink slime,” only for fellow scientists at the U.S. Department of Agriculture. A disgusted Zirnstein, who inspected Beef Products Inc. (BPI), had been upset that its trimmings had been approved for the consumer market.

The email was later released to the New York Times as part of a Freedom of Information request for a 2009 investigative article on food safety. The newspaper article mentioned the slime reference in passing. “Nobody did anything (about pink slime). USDA dropped the ball again. The meat industry soft sold it,” said Zirnstein, who left USDA and took a job as an industry consultant but now is unemployed. The issue got renewed life when British celebrity chef Jamie Oliver, who advocates for American children to eat healthier food, devoted an episode of his television show to the topic in April last year. (March 26, Reuters)

His colleagues had their own nicknames:

We originally called it soylent pink,” [retired microbiologist Carl] Custer told the Daily. “We looked at the product and we objected to it because it used connective tissues instead of muscle. It was simply not nutritionally equivalent [to ground beef]. My main objection was that it was not meat.” … Despite voicing his concerns to other officials at the food inspection service, however, the USDA ruled that Lean Beef Trimmings were safe. “The word in the office was that undersecretary [of agriculture] JoAnn Smith pushed it through, and that was that,” Custer said. (March 5, the Daily)

The meat industry, for its part, has created a page explaining the practice, made possible decades ago thanks to a new technology. (A 2008 BPI webpage describes meat going through de-sinewing, centrifugal force, and a “PH enhancement process.”) The fight got political: The Iowa governor decried the pink slime “smear campaign” and promised a Congressional investigation. “If they get by with this,” he declared, “what food product is next?”

The beef with (lean finely textured) beef. Companies have lined up to announce that they either never had carried or would stop carrying LFTB. (See chart below.) The USDA decreed that schools, the largest focus of chef Oliver’s outrage captured in his now-canceled show “Food Revolution,” could opt out of buying it for kids’ lunches.

A former undersecretary of agriculture and industry consultant has defended the practice—and underscored the great divide between farm and table.

“If consumers and restaurants are up in arms about the use of ammonia and can potentially drive a company out of business by their actions, I can only wonder what they are going to do when they look at the other chemicals in use to try and protect us from foodborne illnesses, chemicals like liquid chlorine and lactic acid just to name a couple,” said [Dr. Richard] Raymond. “There are just certain unpleasant realities of how meat is processed in this country. Those of us with farm backgrounds maybe can accept them a little more readily than someone who has led a life sheltered from these realities.” (Jan. 6, Food Safety News) 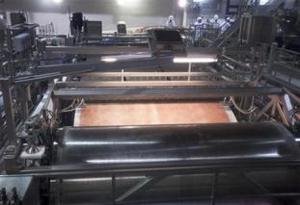 What does ammonia hydroxide do? The USDA Food Safety and Inspection Service, which inspects meat, poultry and eggs, outlines approved chemical treatments, like the injection of ammonia hydroxide. That practice has been around for decades.

[T]he product receives a puff of ammonia to eliminate bacteria safely and effectively. When combined with moisture naturally in beef, ammonium hydroxide is formed, which is a naturally occurring compound found in many foods including baked goods, cheese, chocolate, and puddings, in our own bodies and the environment. It is used in the production of each of these foods as a processing aid and not an ingredient, so not “on the label” of those foods either. It is safe and has been approved by FDA since 1974 and specifically approved for its food safety benefits in beef processing since 2001. (BeefisBeef, a BPI blog)

Fatty trimmings, Reuters explains, “are more susceptible to contamination than other cuts of beef” and need the ammonia to kill pathogens like salmonella and E. coli. Bear in mind, the zapped trimmings (usually about 15 percent of the ground beef) doesn’t make the overall beef safer. The chemical is accepted in many goods, “according to the General Standards for Food Additives set forth by the Codex Alimentarius Commission, a group funded by the World Health Organization and the United Nations’ Food and Agricultural Organization.”

Naming names in labels. Not everyone is so sanguine over a “puff.” Some call for a ban, others just want disclosure. A Maine congresswoman proposed the Requiring Easy and Accurate Labeling of Beef Act (REAL Beef Act).

Just Label It is another movement demanding food transparency. A “record-breaking one-million public comments” signed a petition requiring genetically engineered food be labeled. The Center for Food Safety, which submitted the petition in March, noted that nearly 50 countries require labeling, and in the past year 36 bills “dealing with the labeling of genetically engineered foods have been introduced” in 19 states. 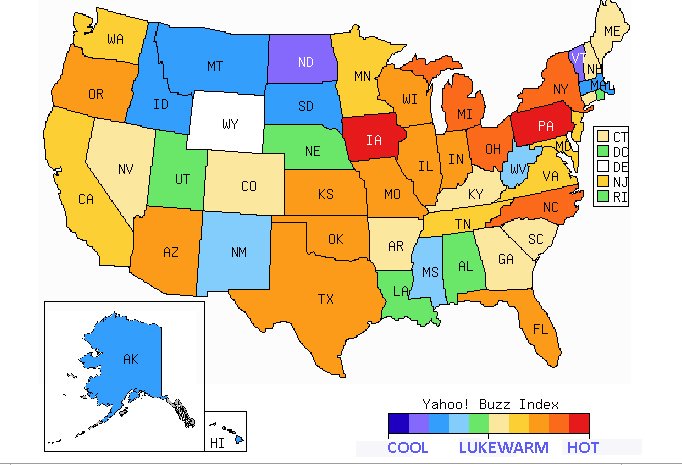