Hot on ice: The search is over for America’s favorite winter sport 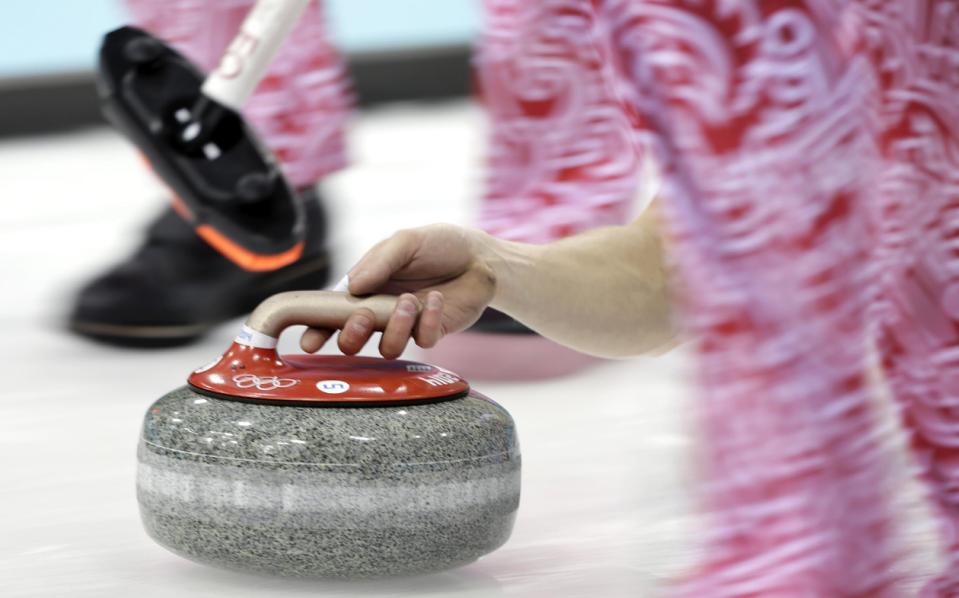 Figure skating may bring in the most viewers, but it’s the game with the stone and broom the may be catching on.

Sure, we say this every four years: there’s something about curling that rivets even as it perplexes. Among all the sports that people have checked out online in the first week of the Winter Games, curling led the field, outpacing figure skating by about 40 percent. 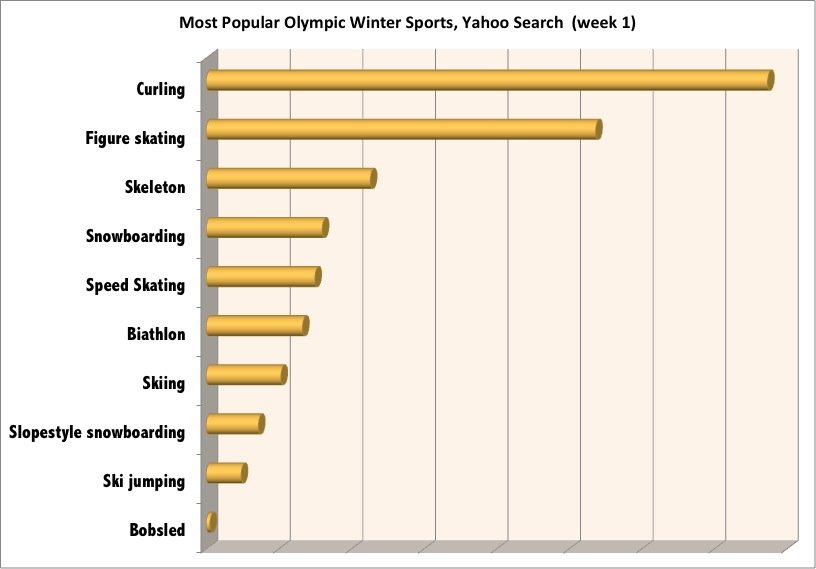 This chart, based on searches on Yahoo, ranks the most popular Olympic sports one week into XXII Winter Games.

So what does that mean and why should we care? Well, besides the headscratching over the action, people might actually get off their couch and onto the curling sheet. After all, columnist Martin Rogers pointed out that curling has already spread beyond its Midwest hotbeds to areas as farflung and as warm as Texas, Arizona and California.

[Related: Sochi mysteries: How do they slide on the ice in curling? Is it the shoes?]

Yes, there are rubbernecker searches for those fabulous Norweigian curling pants and the obligatory prurient “women of curling calendar.” People though have also been checking out curling rules and regulations, how to buy curling stones and the footwear.

As for where curling might be headed next, look no further than the nation’s capitol: among regional searches, D.C. led, followed by Indianapolis, Philadelphia and Kansas City.

Other sports of course have garnered their share of curiosity. For example, “how do you steer a luge” is another popular search term. But in the U.S., nothing speaks internet better than a shopping list. Searches for ice skates did pop up nearly 500% and “ice skating rinks” doubled.

The only other sport with a sizable uptick in equipment queries is, of all things, biathlon, or specifically, biathlon rifles. Potential targets biathletes might be coming from Chicago, Los Angeles, Houston, the San Francisco Bay Area and New York. Sounds like the next hipster hobby.